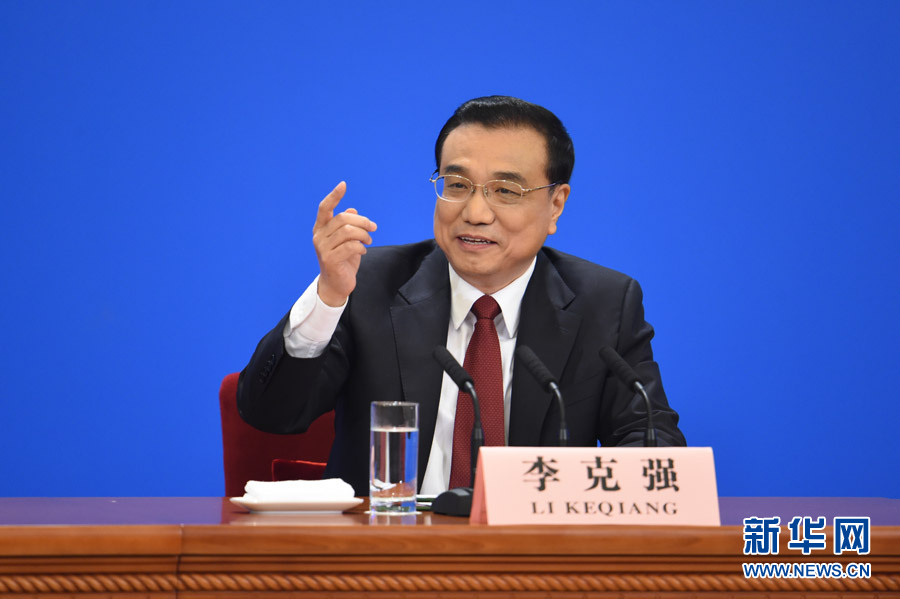 BERLIN, July 7 -- Chinese Premier Li Keqiang on Saturday wrote a signed article entitled "Good Partners for Greater Openness and Innovation Cooperation" for mainstream German newspaper, Frankfurter Allgemeine Zeitung, prior to his official visit to Germany and the fifth round of China-Germany intergovernmental consultations.

The premier noted in his article that the upcoming intergovernmental consultations is the first of its kind since China and Germany's new-term government took office last March. It will be a meeting to plan and coordinate comprehensive cooperation between the two countries in the next four to five years.

According to the article, over the past 46 years since China and Germany established diplomatic relations, the bilateral cooperation has witnessed fruitful development in all areas. Germany has been China's largest trading partner in Europe for 43 consecutive years. China has remained Germany's top trading partner globally. Even with such a high level of mutually beneficial cooperation between the two countries, there remains great potential to be tapped.

Premier Li pointed out that China and Germany need to further expand two-way opening-up. Only sustained two-way opening-up can facilitate bilateral cooperation and bring about win-win outcomes for both countries and all parties involved. As things stand now, German auto manufacturers take up a nearly 20 percent of the Chinese market. China has imported 470 billion-U.S.-dollar worth of German products in the past five years alone.

Premier Li also noted that this year, China has introduced a series of further opening-up measures to widen market access and ease foreign ownership limits in the financial sector and new energy vehicle industry, and significantly lowered tariffs on some import goods.

During his visit, China and Germany are expected to sign agreements on cooperation in areas of auto-making, financing and insurance, making Germany an early beneficiary of China's latest favorable measures. China is committed to fostering a level playing field and investor-friendly environment based on the rule of law and established international practice, and treats Chinese and foreign businesses on an equal footing. Such approach is not just meant for foreign investors, but also to meet the development needs of Chinese businesses themselves.

He cited the fact that China falls behind Germany in terms of scale and quality of mutual investment. Chinese businesses make overseas investment in compliance with market rules, and the Chinese government does not intervene. China hopes that Germany will see Chinese businesses as equal, reliable partners for cooperation, and create a fair and open environment and a stable institutional framework for Chinese investment in Germany and in Europe.

Premier Li called for stronger innovation cooperation between the two countries. He indicated that as China's industries still have a long way to go toward medium- to high-end manufacturing, the industrial and technological complementarity between the two countries will remain strong for a long time to come. In the course of China's industrial transformation and upgrading, Chinese people's way of consumption will change and their demand for high value-added German products will grow further. The technological cooperation between China and Germany is by no means a "zero-sum game" where one player gains and the other loses, but a way forward for sharing wisdom and opportunities, accelerating innovation, and promoting common progress.

Premier Li emphasized that China enforces strict protection of intellectual property rights and no mandatory technology transfer will be allowed. China attaches high importance to the protection of privacy and commercial secrets in digitization and use of big data. In the new technological revolution, the two countries may fully leverage their respective industrial and technological advantages, enhance cooperation in areas of artificial intelligence, new energy vehicles and the Internet of Things. In particular, the two countries may seek to break new ground in their mutually beneficial cooperation through joint development of autonomous driving technology.

The premier noted that China and Germany need to work together to uphold the rules-based international order. As a staunch supporter of the rules-based multilateral trading regime, China has strictly followed WTO rules and fully honored its commitments upon accession to the WTO. The Chinese government urges Chinese businesses to strictly follow market principles and commercial rules, and promptly rectify any inconsistencies.

Premier Li cautioned that while differences and frictions are inevitable in economic cooperation and trade, they should be addressed through dialogue and consultation. Faced with the backlash against economic globalization and worsening protectionism and unilateralism, China and Germany, as two major economies in the world, are duty-bound to work together to uphold free trade and multilateralism and promote a stable and peaceful world where openness and cooperation prevail.

Premier Li stressed that China always sees Europe as an important pole in the world. China supports European integration and welcomes a united, stable and prosperous European Union (EU). China stands ready to work with Germany to promote the early conclusion of a China-EU investment treaty and launch negotiations on a China-EU free trade area at an early date. That will send a positive message of China and the EU's shared commitment to trade and investment liberalization and facilitation.