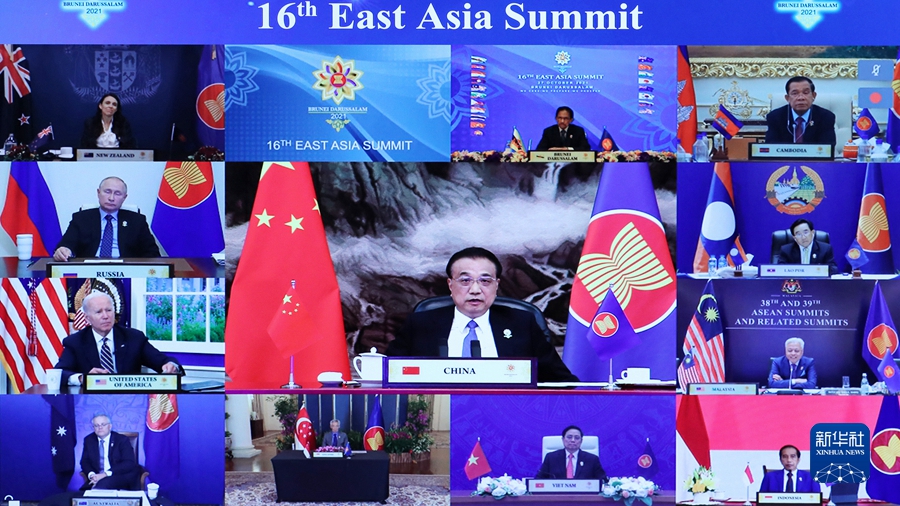 Chinese Premier Li Keqiang stressed on Wednesday that mutual respect for sovereignty and territorial integrity should be an important guiding principle for the East Asia Summit.

Addressing the 16th East Asia Summit via video link, Li said the summit should promote political and security cooperation as well as economic and social development in a balanced manner. He called on relevant sides to be committed to mutual respect, solidarity and collaboration, intensify efforts to fight COVID-19, maintain peace and stability in the region, and promote development and prosperity.

China will provide more COVID-19 vaccines and other anti-epidemic supplies to other countries in the region, he said, calling for efforts to advance public health cooperation between China and the Association of Southeast Asian Nations (ASEAN).

The Chinese premier also called for boosting economic recovery and promoting green development across the region. China has officially filed an application to join the Comprehensive and Progressive Agreement for Trans-Pacific Partnership, he noted, adding that China will support efforts made by countries in the region to revive tourism.

Addressing climate change should follow the principle of common but differentiated responsibilities, Li said. He called for a balanced and orderly approach in promoting low-carbon transition.

He expressed support for ASEAN's central role in regional cooperation and support for the bloc's efforts in building an ASEAN community and maintaining multilateralism.