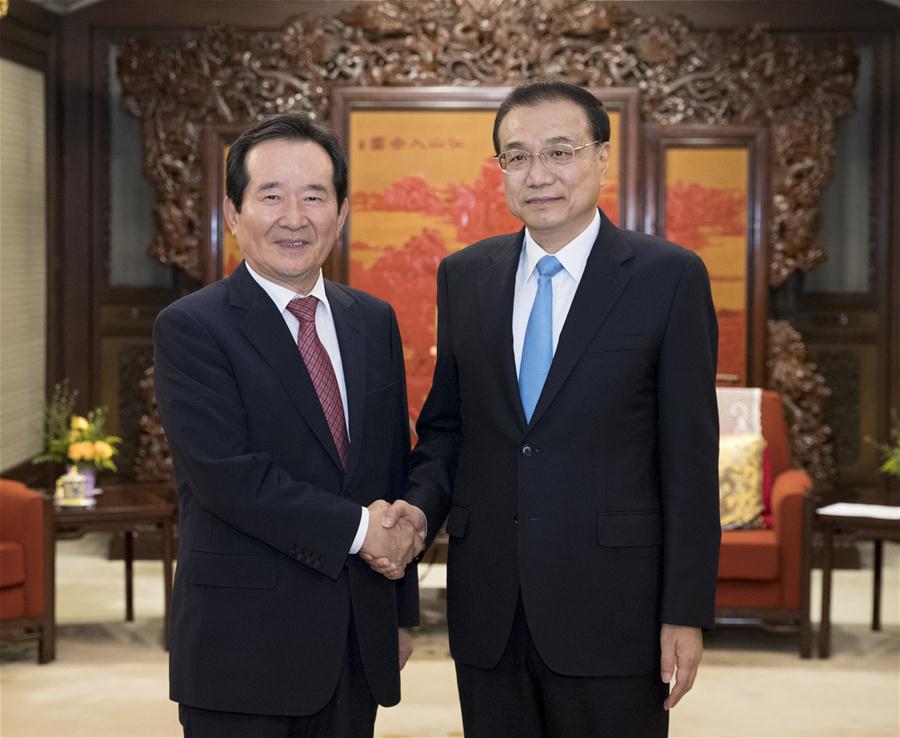 Chinese Premier Li Keqiang on Friday called on China and the Republic of Korea (ROK) to uphold the multilateralism and free trade system against the backdrop of a trend of protectionism, unilateralism, and deglobalization.

Li made the remarks when meeting with ROK representatives who attended the first round of Sino-ROK Entrepreneurs and Former High-level Officials Dialogue held Friday in Beijing.

Noting that China and the ROK are neighbors and important partners, Li said bilateral ties have improved and developed while the regional situation has ameliorated, thus the two countries are facing new opportunities to enhance mutually beneficial cooperation.

As major economies in the region and the world, China and the ROK should jointly uphold the multilateralism and the free trade system and boost the liberalization and facilitation of trade and investment amid the trend of protectionism, unilateralism, and deglobalization, said Li.

He expressed the hope that both sides will steadily forge ahead the China-Japan-ROK free trade agreement talks in line with the consensus reached at the China-Japan-ROK leaders' meeting held in Japan in May so as to inject confidence and vitality into the economies of two countries, the region, and the world.

China and the ROK have complementary development advantages, while enterprises from both countries enjoy a sound foundation of cooperation and broad prospects, said Li.

Li said the Chinese government has attached great importance to the protection of intellectual property rights (IPR) and continued to take new measures including greatly improving the upper limit of legal compensation for IPR infringement and intensifying law enforcement.

He encouraged ROK enterprises to take the opportunities of China's further opening-up and its economy moving to a high-quality development period to enhance cooperation with China and expand investment in China especially in the central and western parts of China.

Li also called for expansion of landmark projects in the digital area, and joint exploration of third-party market so as to realize win-win cooperation.

ROK representatives agreed that the first round of Sino-ROK Entrepreneurs and Former High-level Officials Dialogue was fruitful and served as a new platform for enterprises from both countries.

They said they have placed high attention on China's innovation-driven development strategy, appreciated the efforts China has made to create a better business environment, and would like to take the opportunities of the restructuring of the Chinese economy and industry upgrading to further expand investment in China and enhance innovation cooperation with China, as well as develop the third-party market in order to boost regional prosperity and stability and contribute to world free trade, they said.