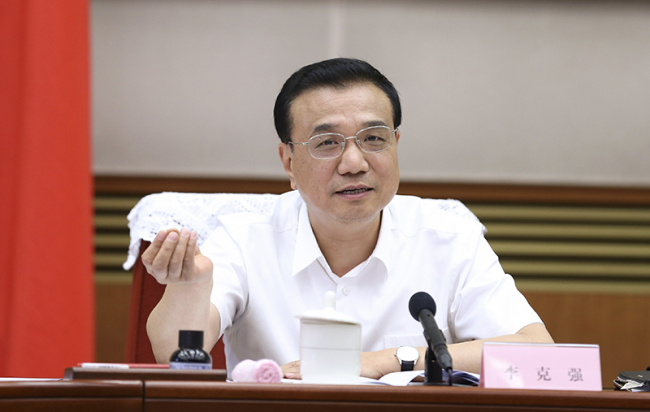 In the message, Li said the relationship between China and Pakistan, which enjoy an all-weather strategic cooperative partnership, has witnessed healthy and steady development despite the challenges of time and changing international situation.

In recent years, the two countries have deepened political mutual trust, made remarkable achievements in the Belt and Road cooperation, and achieved fruitful results in building the China-Pakistan Economic Corridor, which in all have brought tangible benefits to the two countries and peoples, Li said.

Li expressed appreciation for Imran Khan's positive remarks on firmly supporting the development of China-Pakistan relations, saying he is willing to establish a sound working relationship and personal friendship with the new prime minister, in a bid to carry on the traditional friendship between China and Pakistan, deepen mutually beneficial cooperation in various fields, and strive to build the China-Pakistan community of a shared future.

Imran Khan was elected as the new Pakistani prime minister on Friday in a polling held by the National Assembly, or lower house of the parliament. He will be sworn in as the 22nd elected prime minister on Saturday.