ST. PETERSBURG, Russia, Sept. 16 (Xinhua) -- China and Russia will take stock of the progress that has been made and plan for the future to raise the bilateral practical cooperation to a higher level, Chinese Premier Li Keqiang said in an interview published on a Russian newspaper on Monday. 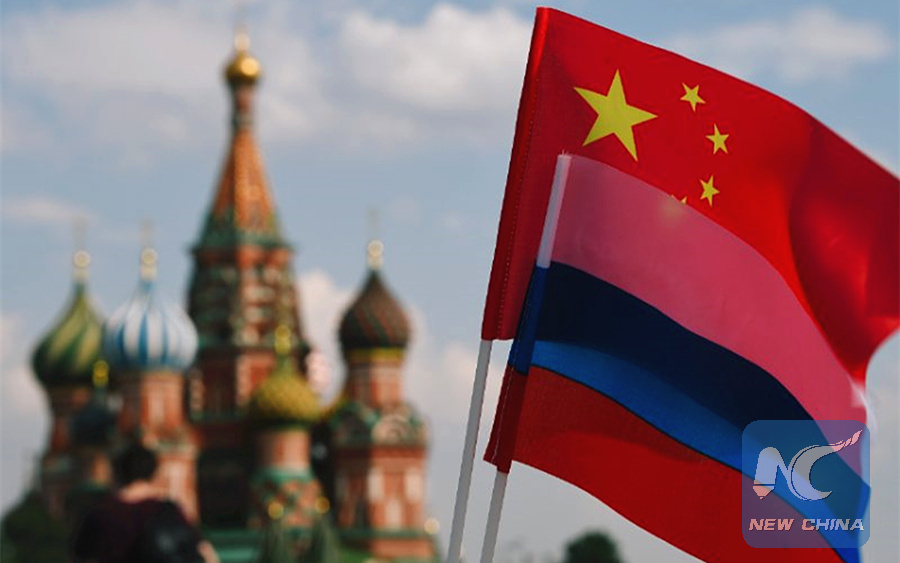 On the eve of his offical visit to Russia from Sept. 16 to 18 and the 24th regular meeting between the Chinese and Russian heads of government, Li gave a written interview to Russia's TASS news agency. Russian Gazette published the full text of the interview.

The China-Russia relationship has grown increasingly stable, mature and resilient, and is now at its best in history, Li said, as the visit comes as the two countries are embracing the 70th anniversary of the establishment of their diplomatic ties.

The bilateral relationship was elevated to a comprehensive strategic partnership of coordination for a new era during the meeting of the two countries' heads of state in June.

In face of the shifting dynamics in the international environment, Li said China-Russia relations "have come to a new starting point with new opportunities, new tasks and new challenges."

He said the two sides need to enhance the synergy between the Belt and Road Initiative and the Eurasian Economic Union, as well as to expand the convergence of interests to cement the material foundation for their relations.

The Chinese premier will co-chair the 24th regular meeting between the two countries' heads of government with his Russian counterpart, Dmitry Medvedev. Speaking highly of the mechanism, Li said it has been playing an increasingly strong role in planning, coordinating and advancing bilateral cooperation in the past 23 years.

"We have succeeded in pushing forward cooperation in both traditional sectors and emerging industries, and achieved an uplift in both quantity and quality," Li said.

The two countries have also engaged in close coordination on international affairs and actively fulfilled their responsibilities for world peace and stability, he said.

As 2020 and 2021 have been designed as "Year of Scientific and Technological Innovation" for both sides, Li said China will take the opportunity to integrate its industrial, capital and market advantages with Russia's strengths in resource, technology and talent to lend new impetus to their economic and social progress.

Responding to questions on China's role in globalization, Li recalled China's journey of development, noting that "China has been both a beneficiary of and a contributor to economic globalization."

In such a context, China will continue to steadfastly support economic globalization, and work with other countries to safeguard the multilateral trading system centering around the World Trade Organization, and promote global trade and investment liberalization and facilitation, Li said.