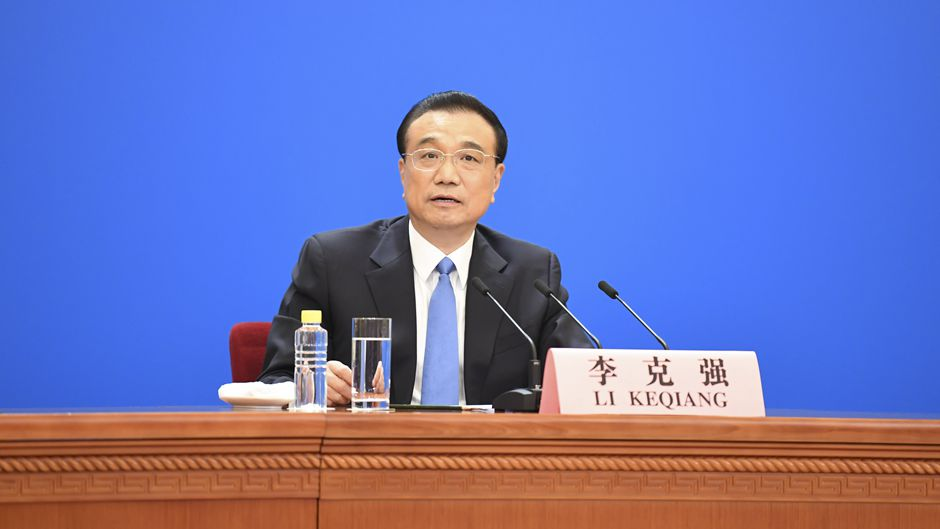 Chinese Premier Li Keqiang held a virtual meeting with the press at the Great Hall of the People in Beijing after the conclusion of the fourth session of the 13th National People's Congress on Thursday.

Here are the highlights from the press conference:

Saying that China is still facing "great pressure in the job market" this year, Li stressed that employment remains the country's policy priority.

In addition to promoting current job measures, more flexible job channels will be opened up, he said.

On China's 2021 GDP target of over 6 percent, the premier said that the number was "not set in stone" but to guide expectations.

China is aiming for sustained and sound economic development in the long term, added Li.

China is still a developing country, and there is still a long way to go before it can achieve modernization, Li said.

The fundamental purpose of China's development is to enable the Chinese people to lead a better life, and the country's development will be a major contribution to world peace, stability, development and prosperity, he said.

On the coronavirus pandemic, Li said that like other countries, China hopes to get to the bottom of where the virus came from.

China has maintained communication with the World Health Organization (WHO) and supported the WHO mission during its work in China concerning the origins of the virus, Li said, stressing that China has acted in a fact-based manner and with an open, transparent and cooperative approach.

The premier also expressed firm confidence that humanity can win the battle against COVID-19, a common enemy of humankind.

The decision by China's top legislature on improving the electoral system of the Hong Kong Special Administrative Region will help ensure that "patriots administer Hong Kong" and the steady and sustained development of "One Country, Two Systems," Li said.

On the region's fight against COVID-19, he expressed hope that Hong Kong people from all walks of life would join hands to overcome COVID-19 at early date, achieve economic recovery and improve people's well-being for long-term prosperity and stability.

The central government will continue to provide full support, he added.

On Sino-U.S. ties, Li said he hopes China and the United States can have dialogues in multiple areas and at various levels.

China and the U.S. should respect core interests and not interfere in each other's internal affairs, he added.

Noting that the U.S. and China have great differences in history, culture and stage of development, the premier underscored that "what matters most is how these differences and disagreements are handled."

The Chinese and American people have the wisdom and capability to handle these issues, he noted.

Noting that people on both sides of the Taiwan Straits are part of "one and the same family," the premier said that "we will continue to enable Taiwan compatriots to share in the development of opportunities on the mainland."

The Chinese mainland welcomes exchanges and dialogue with any political party, group or personage from Taiwan on the basis of the one-China principle and the 1992 Consensus, Li added.

China has achieved major breakthroughs over the years, Li said, but basic research is still under-performing.

The premier stressed the importance of solidifying basic research, when answering a question on measures to spur innovation in science and technology.

China is ready to enhance cooperation in science and technology with other countries on the basis of intellectual property rights protection, he added.