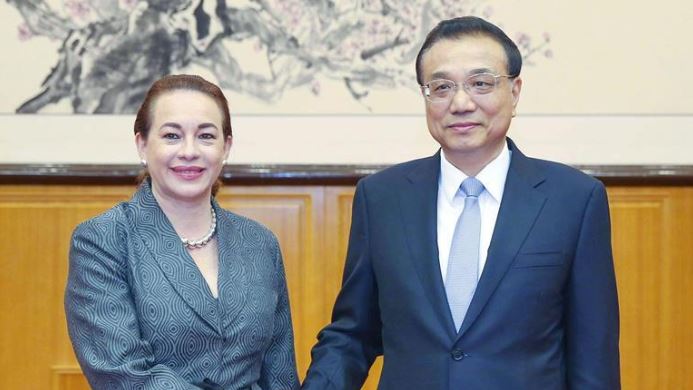 “In the current international situation, we need a multilateral world more than ever,” Chinese Premier Li Keqiang said.

Premier Li made the remarks when meeting the president-elect of the 73rd session of the United Nations (UN) General Assembly, Maria Fernanda Espinosa Garces, in Beidaihe of China’s Hebei Province on Wednesday.

He also said that China is determined to maintain the authority of the UN and supports the UN in playing a core role in international affairs.

“China will deeply participate in the work of the UN in the political, economic, social, and peacekeeping fields and continue to fulfill the international obligations, contributing to the world peace and development,” he added.

He also called for opposing unilateralism and trade protectionism, defending international rules and the rule of law, and safeguarding the common interests of people around the world.

The premier stressed that the UN and the World Trade Organization may need to be improved and reformed, but the reform is not to start from scratch, but to be carried out on the basis of safeguarding the international order after the World War II and on the premise of upholding the UN charter and major principles such as the free trade.

Espinosa Garces expressed gratitude for China's constructive role in supporting multilateralism and the role of the UN.

“The UN will continue to work with China and other countries to uphold the rules-based international order and promote free trade under the international law and the frame of the WTO,” she said.