BEIJING, Nov. 16 (Xinhua) -- Chinese Premier Li Keqiang on Tuesday said that China and Africa should expand their pragmatic cooperation to create a better future for the 2.7 billion Chinese and African people. 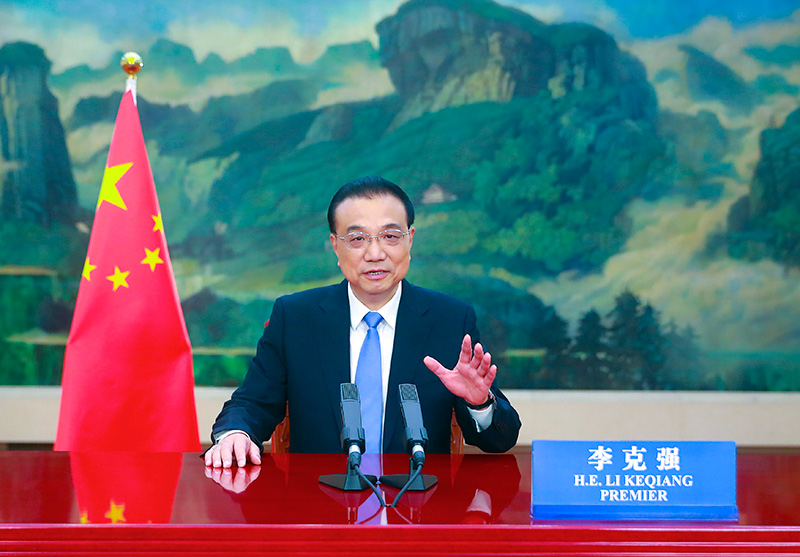 Li made the remarks during his address at the 4th Forum on China-Africa Local Government Cooperation, which he attended via video link.

Noting that the friendship between China and Africa is unbreakable, Li said China is willing to increase the aid of vaccines and anti-epidemic materials to Africa according to its needs, so as to build a solid defense line for people's health.

He added that China will work with Africa to safeguard the common interests of developing countries, maintain the friendly tradition of mutual respect, equality, unity and cooperation, adhere to multilateralism, and support each other on issues concerning their respective core interests and major concerns.

Stressing the significance of exchanges and friendship between Chinese and African people, Li said with joint efforts of both sides, there is much to be achieved through cooperation between local governments of China and Africa.

About 300 political leaders from African countries and officials of local governments and relevant institutions from China and Africa attended the conference both online and offline.