Li, also a member of the Standing Committee of the Political Bureau of the Communist Party of China Central Committee, made the remarks when addressing the launch ceremony for the mass entrepreneurship and innovation week in Beijing. He also announced the launch of the week. 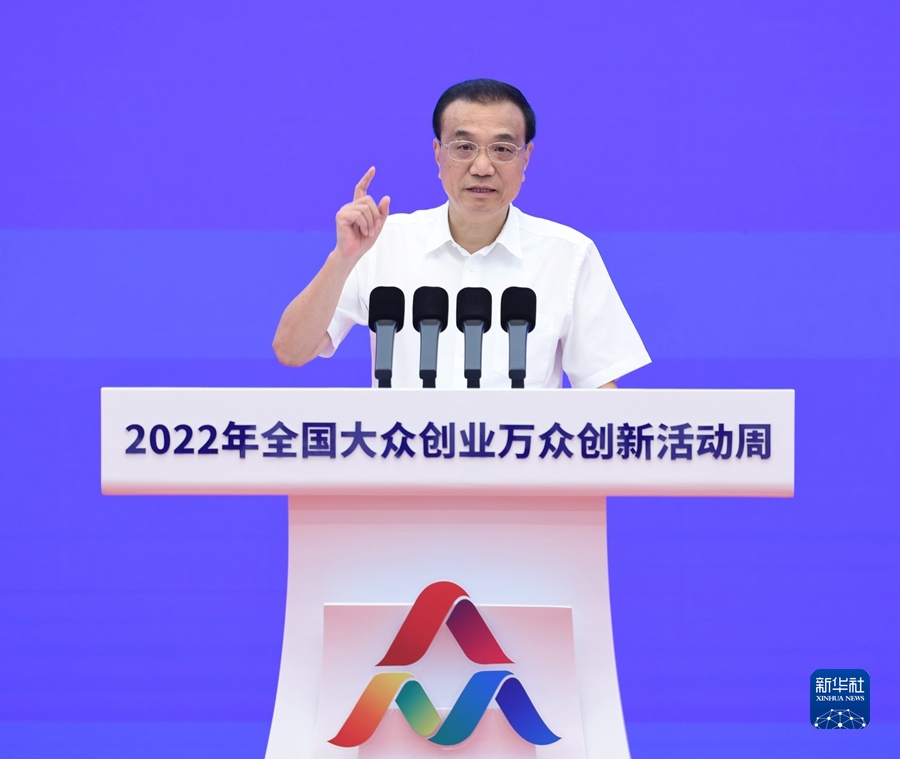 Speaking highly of the booming development of entrepreneurship and innovation in China, Li noted that new market entities and startups create the majority of the 13 million new urban jobs every year.

The country's market entities have topped 160 million in number, nearly tripling from a decade ago and underpinning China's market-oriented economy, Li said.

Mass entrepreneurship and innovation have promoted the integrated development of large, medium-sized and small enterprises, and prompted the growth of new economic drivers, Li said. He also noted that emerging industries, new business models and new business forms have seen their share in China's total economic output continue to increase in recent years.

Noting that entrepreneurship and innovation require a stable economic environment, Li said China introduced timely a policy package this year and made full use of its policy toolkit to steer the economy back on track.

"China's tax refunds and tax and fee cuts this year clearly exceeded those of 2020," he said.

He urged more efforts to continue protecting market entities' property rights and legitimate rights and interests in accordance with the law, and to fully implement tax and fee cuts, rent reduction and exemption and other favorable measures.