CHONGQING, Aug. 23 (Xinhua) -- Chinese Premier Li Keqiang has stressed solid work in flood control and relief as well as restoration and reconstruction, and continued efforts to consolidate the economic recovery momentum amid reform and opening up. 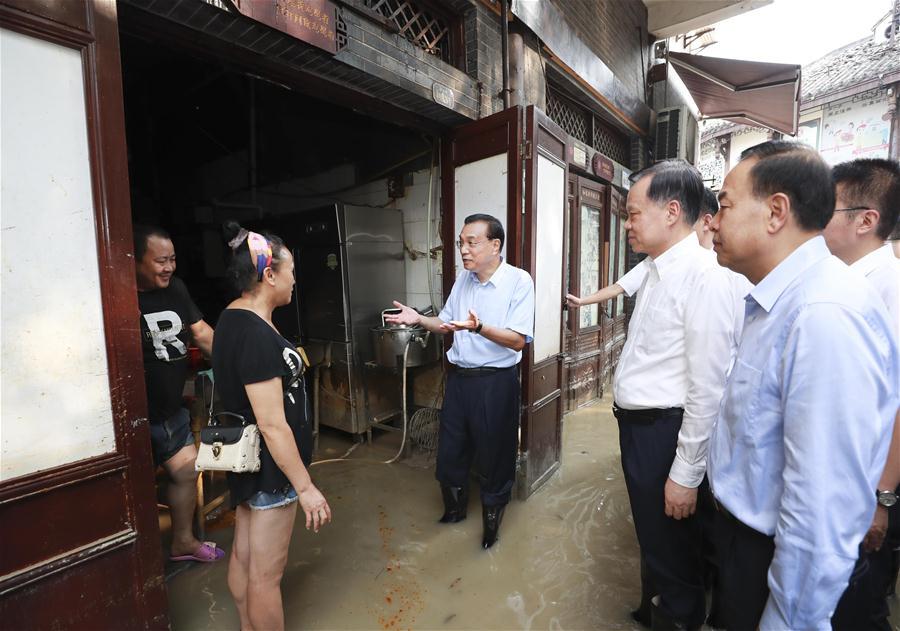 Chinese Premier Li Keqiang, also a member of the Standing Committee of the Political Bureau of the Communist Party of China Central Committee, learns about the business losses caused by COVID-19 and flooding, and inspects the situation of consumption and tourism recovery in Ciqikou, a business district in southwest China's Chongqing Municipality, Aug. 20, 2020. Li made an inspection tour to the flood-hit Chongqing Municipality in southwest China. (Xinhua/Pang Xinglei)

Li, also a member of the Standing Committee of the Political Bureau of the Communist Party of China Central Committee, made the remarks during an inspection tour in the flood-hit Chongqing Municipality in southwest China.

The Yangtze River and one of its main tributaries Jialing River have recently encountered sudden flood peak rarely seen in history in Chongqing.

Li rushed directly to the flood-hit areas upon his arrival. In Shuangba Village of Tongnan District, he walked past roads covered by mud to visit villagers' flooded homes to learn about the damage, and visited a temporary shelter site to learn about life of the affected people.

While visiting a key reservoir of the city, Li stressed strengthening policy research and establishing a mechanism for directly benefiting disaster-hit areas, and supporting local governments in the restoration of projects damaged in the floods and the construction of urban infrastructures for flood control and drainage.

In Ciqikou, a business district on the banks of the Jialing River with the flood water yet to fully recede, Li visited multiple businesses, communicated with local people and tourists to learn about the business losses caused by COVID-19 and flooding, and inspected the situation of consumption and tourism recovery.

Noting that accelerating the full resumption of the service industry will play a vital role in consolidating the economic recovery momentum, Li urged efforts to facilitate the normal operation of the sector to unleash huge consumption potentials.

Li visited the office of ZBJ.com, a crowdsourcing platform offering services to small and medium-sized enterprises and spurring job creation, and Changan Automobile Co., where he highlighted the launch of more pro-consumption products. He also visited Chongqing BOE Optoelectronics Technology Co., Ltd, where he called on the western region to further rise in the industrial chain and promote high-quality development.

During his inspection tour to the enterprises, Li said China's macroeconomic performance in recent months has demonstrated the positive effects of enforcing the policies to ensure stability on six fronts and security in six areas.

By ensuring the security of over 100 million market entities and fulfilling the task of adding over 9 million urban jobs in 2020, China can achieve a positive annual economic growth, Li said, adding that continued efforts should be made and uncertainties during the development process should be well addressed.

Li also called for more efforts to stimulate the vitality of market entities through measures including tax and fee cuts. 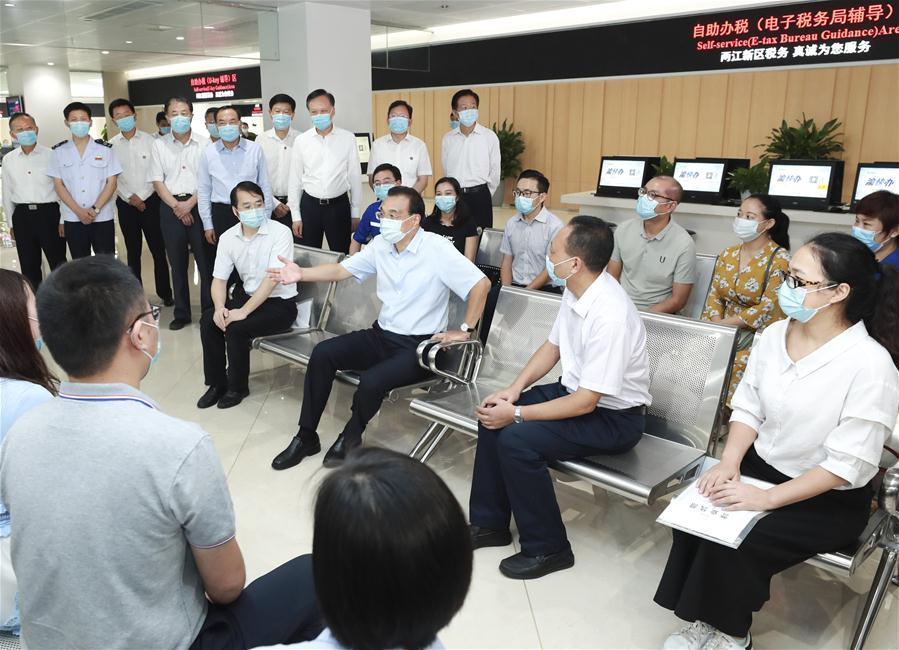