Premier Li Keqiang has called for high standards in formulating the 14th Five-Year Plan (2021-2025) for National Economic and Social Development to secure a good start in fully building a modern socialist country. 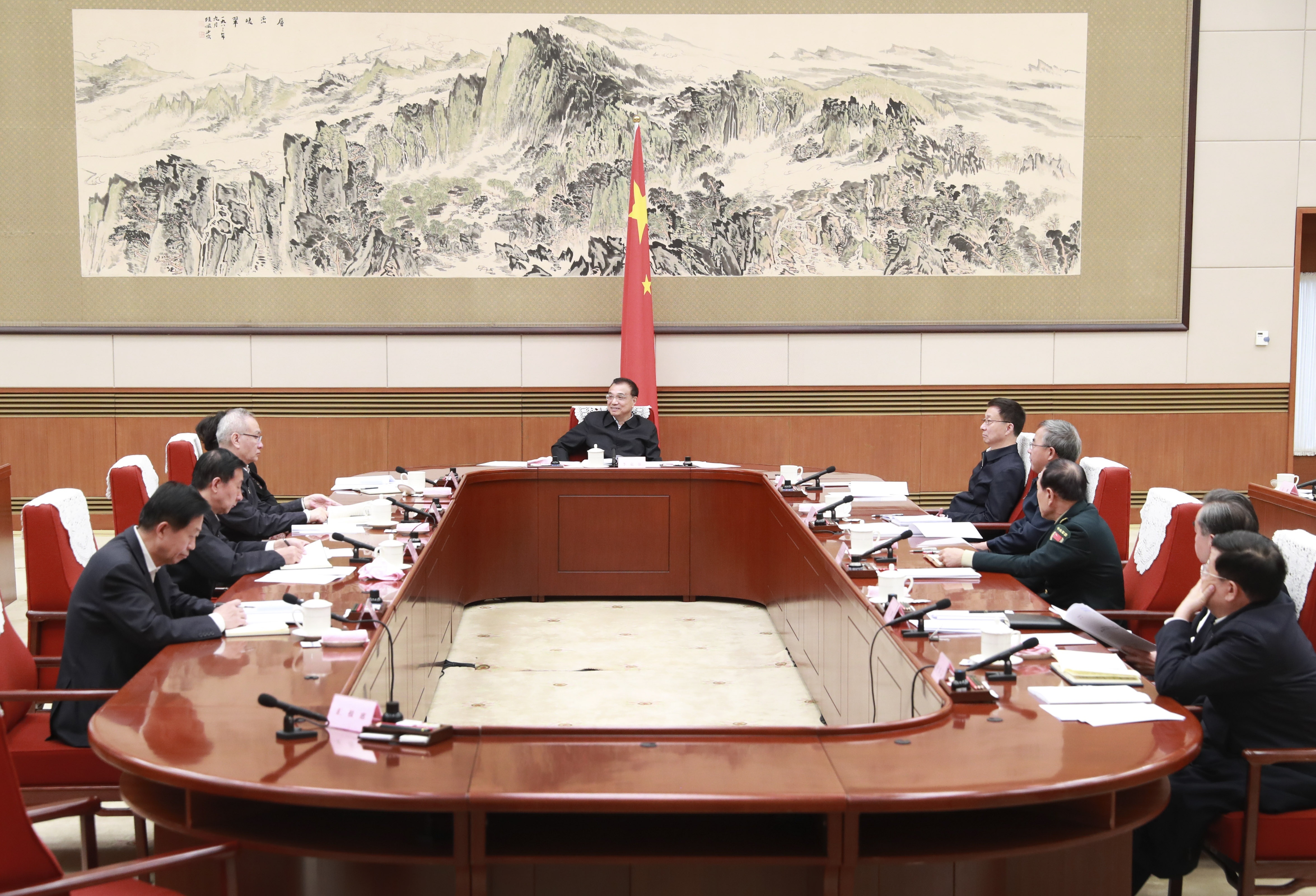 Chinese Premier Li Keqiang, also a member of the Standing Committee of the Political Bureau of the Communist Party of China (CPC) Central Committee, presides over a Friday meeting of the State Council leading group on the formulation of the draft plan of the 14th Five-Year Plan (2021-2025) for National Economic and Social Development in Beijing, capital of China, Oct. 30, 2020. [Photo/Xinhua]

Li, also a member of the Standing Committee of the Political Bureau of the Communist Party of China (CPC) Central Committee, made the remarks while presiding over a Friday meeting of the State Council leading group on the formulation of the draft plan.

When making the new five-year plan, authorities should follow the guiding principles of the fifth plenary session of the 19th CPC Central Committee and ensure the plan is strategic, forward-looking, targeted and practical, Li said.

The plenary session, held in Beijing from Oct. 26 to 29, adopted the Party leadership's proposals for formulating the 14th five-year plan and the Long-Range Objectives Through the Year 2035, charting the course for China's development in the next 15 years.

Stating that China is still the biggest developing country in the world, Li stressed efforts to formulate the plan based on national conditions, seeking truth from facts.

He emphasized the importance of scientifically constructing a system of indices and setting concrete goals related to improving the quality of development and the well-being of the people, in order to make the plan both inspiring and pragmatic and stand the test of history and practice.

He called for efforts to start a new batch of projects for development, innovation and people's well-being, particularly in the fields of education, health, as well as elderly and child care.

More work should be done to make targeted major polices and ensure the implementation of key tasks underscored in the five-year plan, he said.

The plan should allow the market to play a decisive role in the allocation of resources while allowing the government to play a better role, Li said.

The plan should deepen reforms in key areas, speed up the establishment of a market-oriented, rule-based and international business environment, and promote high-quality opening up with more vigorous measures, he said.

Li also urged efforts to study major issues in various areas and widely solicit ideas from different groups, especially the public, when making the plan, while ensuring proper coordination of the national, local and special plans.

Vice Premier Han Zheng, also a Standing Committee member of the Political Bureau of the CPC Central Committee, was present at the meeting.