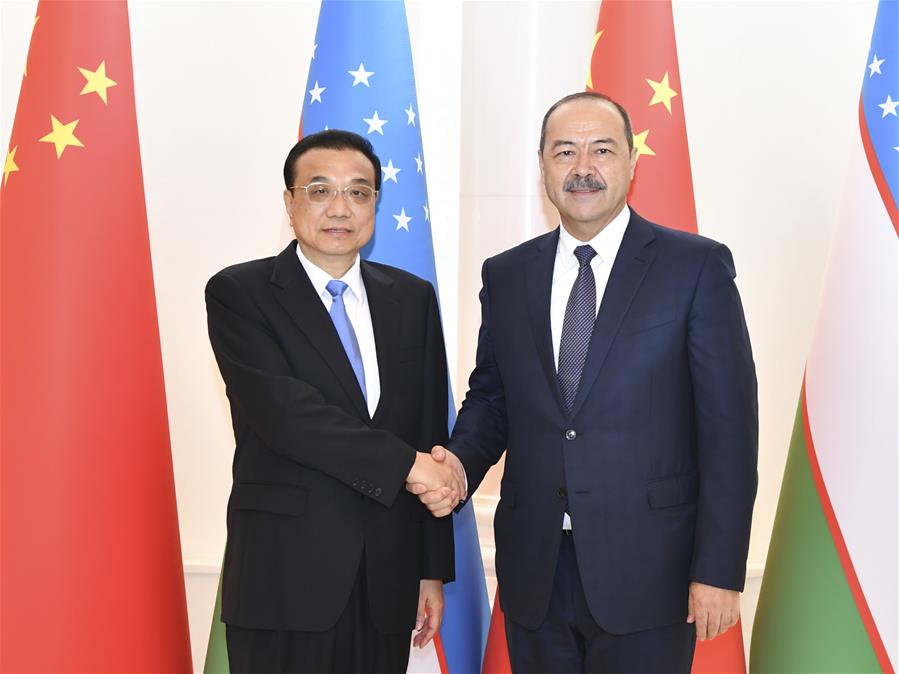 TASHKENT, Nov. 1 (Xinhua) -- Chinese Premier Li Keqiang said on Friday that he looks forward to the launch of more direct flights between China and Uzbekistan.

Li made the remarks during his talks held here with Uzbek Prime Minister Abdulla Aripov. Earlier on Friday, the Chinese premier arrived here for the 18th meeting of the Council of Heads of Government of Member States of the Shanghai Cooperation Organization (SCO) and an official visit to Uzbekistan.

For his part, Aripov said Uzbekistan is willing to increase direct flights between the two countries and constantly consolidate the traditional friendship and comprehensive strategic partnership between Uzbekistan and China.

China and Uzbekistan have enjoyed stronger people-to-people and cultural exchanges. From Jan. 1, 2020, Chinese citizens will enjoy seven-day visa-free visits to the country, making Uzbekistan the first to adopt such an arrangement among Central Asian nations.