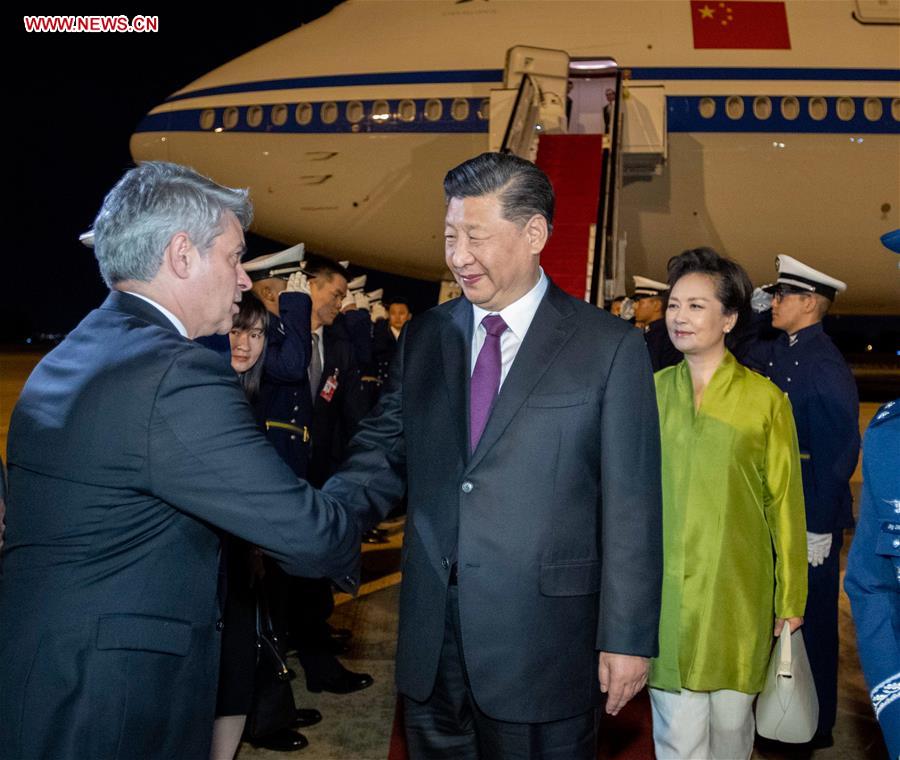 Chinese President Xi Jinping and his wife Peng Liyuan are greeted by senior officials of Brazil upon their arrival in Brasilia, Brazil, Nov. 12, 2019. (Xinhua/Li Xueren)

The summit of BRICS, an emerging-market bloc that groups Brazil, Russia, India, China and South Africa, will be held in the capital of Brazil from Wednesday to Thursday.

In Brasilia, Xi is also scheduled to attend the closing ceremony of the BRICS business forum and the BRICS leaders' dialogue with the BRICS Business Council and the New Development Bank. 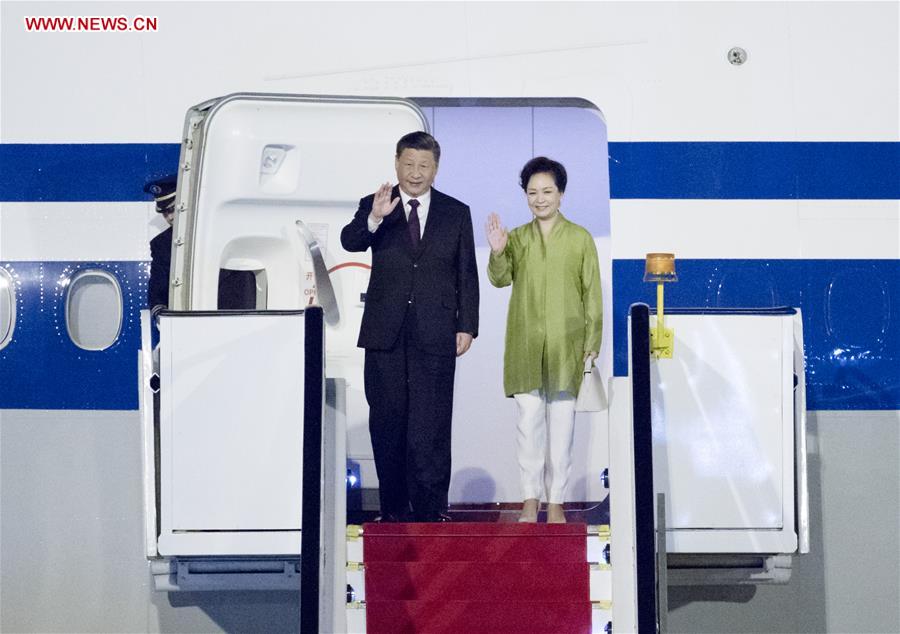 Chinese President Xi Jinping and his wife Peng Liyuan walk out of the plane upon their arrival in Brasilia, Brazil, Nov. 12, 2019. (Photo: Xinhua)

Xi will also hold talks with his Brazilian counterpart, Jair Bolsonaro, and meet with leaders of other participating countries to exchange views on bilateral ties and on cooperation within the BRICS framework.

Before traveling to Brazil, Xi paid a state visit to Greece.