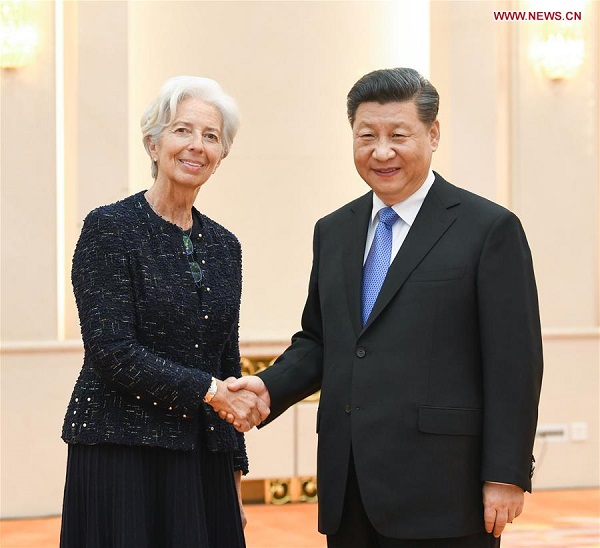 Chinese President Xi Jinping (R) meets with International Monetary Fund (IMF) Managing Director Christine Lagarde, who is here for the second Belt and Road Forum for International Cooperation, at the Great Hall of the People in Beijing, capital of China, April 24, 2019. (Photo: Xinhua)

Xi said that China appreciates Lagarde's active efforts to promote cooperation between the IMF and China, and her support for international cooperation in jointly building the Belt and Road.

"China values its sound relations with the IMF and hopes to continue to deepen cooperation between our two sides," Xi said.

Now, more and more countries are participating in the Belt and Road Initiative, fully proving that the initiative meets the development needs of different countries and has won extensive support, he added.

"We welcome more active participation in the initiative by international institutions including the IMF, and are willing to provide better public goods to countries along the Belt and Road through the cooperation," Xi said. 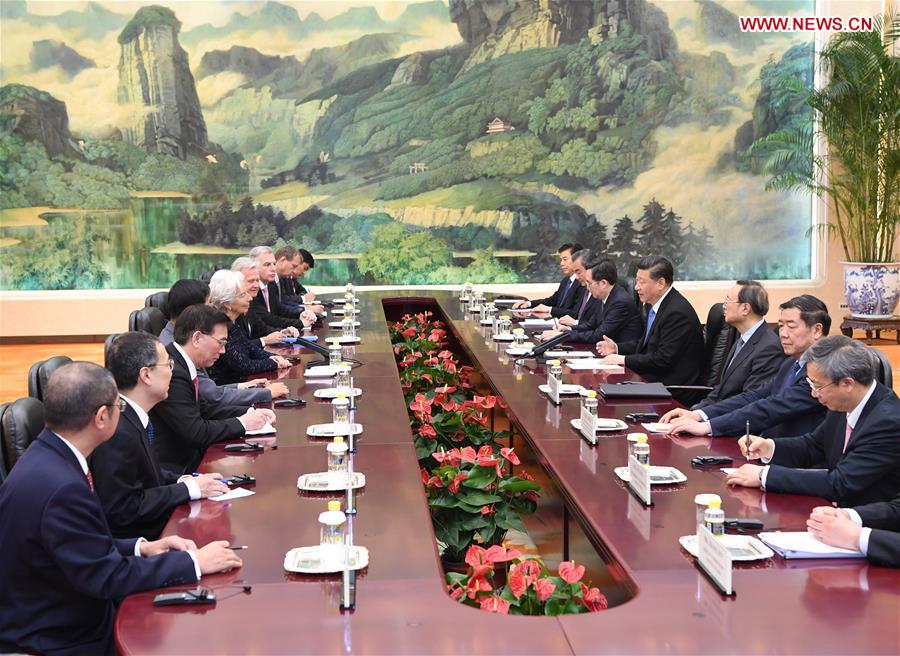 The country hopes the related quota and governance reforms will keep pace with the times, and reflect the representation and voice of emerging market countries in line with their status in world economy, Xi said.

Lagarde said the Belt and Road Initiative is an important manifestation of China's leadership in international affairs, and she spoke highly of China's leading role in supporting multilateralism.

The world needs China, and global economic growth cannot be achieved without China's sustained development, she said, adding that China's economic policies are prudent and effective.

The IMF attaches great importance to its cooperative partnership with China, appreciates China's long-term support, and is willing to provide help in the joint construction of the Belt and Road, Lagarde said.