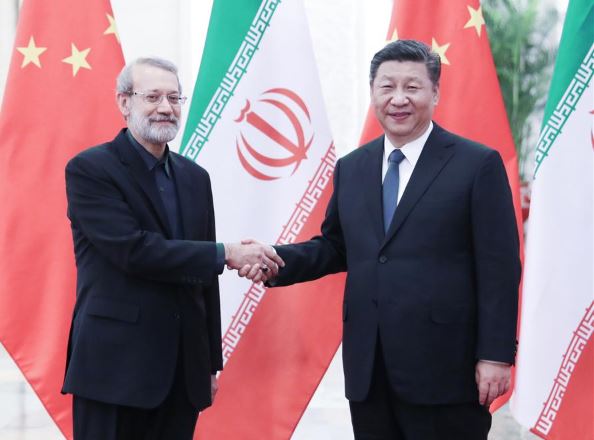 No matter how the international and regional situation changes, China's resolve to develop a comprehensive strategic partnership with Iran will remain unchanged, Xi said during the meeting, hailing that China and Iran have a long history of friendship and share long-tested mutual trust and friendship.

Under the new situation, China and Iran should further deepen strategic mutual trust and continue to extend mutual understanding and support on issues involving each other's core interests and major concerns, said Xi.

The Chinese president called on both sides to step up communication and coordination, meet each other halfway to properly advance their pragmatic cooperation, and strengthen exchanges and cooperation in such areas as security, countering terrorism and culture.

Xi called for closer collaboration and coordination within multilateral frameworks, so as to jointly promote the building of a new type of international relations and foster a community with a shared future for humanity.

Exchanges between legislative bodies of the two countries are an important part of the comprehensive strategic partnership, Xi said, calling on the National People's Congress of China and Iranian Parliament to strengthen exchanges and cooperation, learn from each other's experience in state governance, cement communication and coordination in international and regional organizations, and play a bigger role in promoting bilateral relations.

China always concerns itself with regional peace and advocates cooperation among international and regional parties to put Middle East on the road of stability and development at an early date, Xi said.

"We support Iran in playing a constructive role in maintaining regional peace and stability and are willing to closely communicate and coordinate with Iran on regional issues," he added.

He said Iran views and develops relations with China from a strategic and long-term perspective. Strengthening bilateral friendly cooperation is not only in the fundamental interests of the two countries but also important for peace, stability and development in Asia and the world.