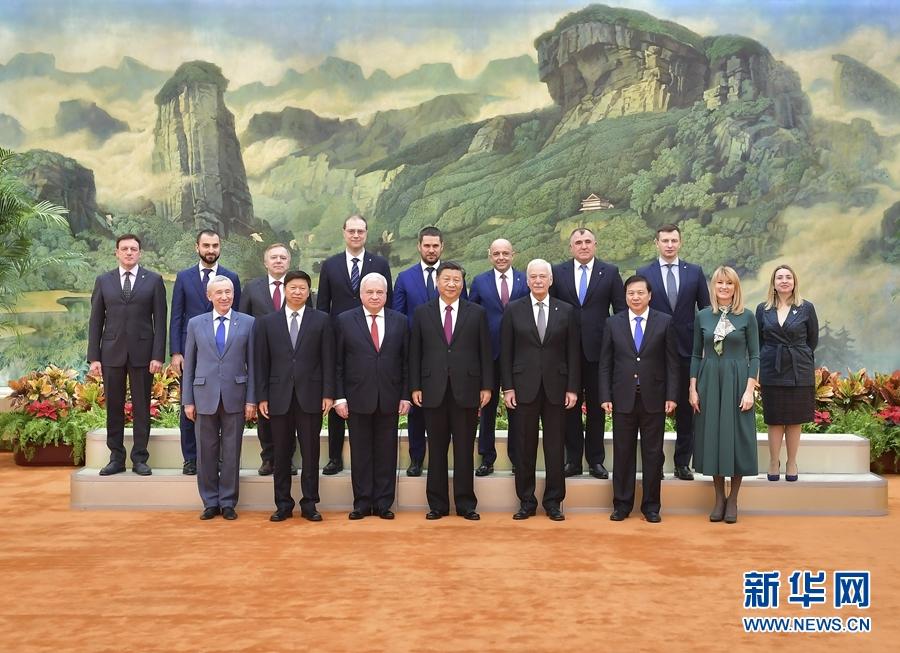 BEIJING, Nov. 25 (Xinhua) -- Chinese President Xi Jinping Monday met with a delegation of the United Russia party at the Great Hall of the People in Beijing.

The delegation, led by Chairman of the United Russia's Supreme Council Boris Gryzlov, is in Beijing for the seventh meeting of the dialogue mechanism between the ruling parties of China and Russia held Monday.

Xi, also general secretary of the Communist Party of China (CPC) Central Committee, expressed congratulations for the success of the 19th congress of the United Russia party.

This year marks the 70th anniversary of the forging of diplomatic ties between China and Russia, said Xi.

"President Putin and I jointly announced the development of the China-Russia comprehensive strategic partnership of coordination for a new era, agreeing to guide bilateral relations in the direction of mutual support, in-depth integration and innovative cooperation to achieve win-win results," said Xi.

He said China and Russia have formed strong strategic support for each other, which is of great strategic significance to world peace and development.

Saying that as ruling parties, the CPC and the United Russia party shoulder responsibilities to further promote China-Russia ties, Xi called on delegates to the seventh meeting of the dialogue mechanism to fully exchange views so as to contribute wisdom and strength to bilateral ties as well as world peace and prosperity.

Congratulating China on the fourth plenary session of the 19th CPC Central Committee, Gryzlov said Russia-China ties have reached an unprecedented level as the two countries have sound cooperation in various fields and good coordination in international and regional hotspot issues.

The dialogue mechanism between the CPC and the United Russia party was launched in June 2009. Its sixth meeting was held in Kazan in March 2017.