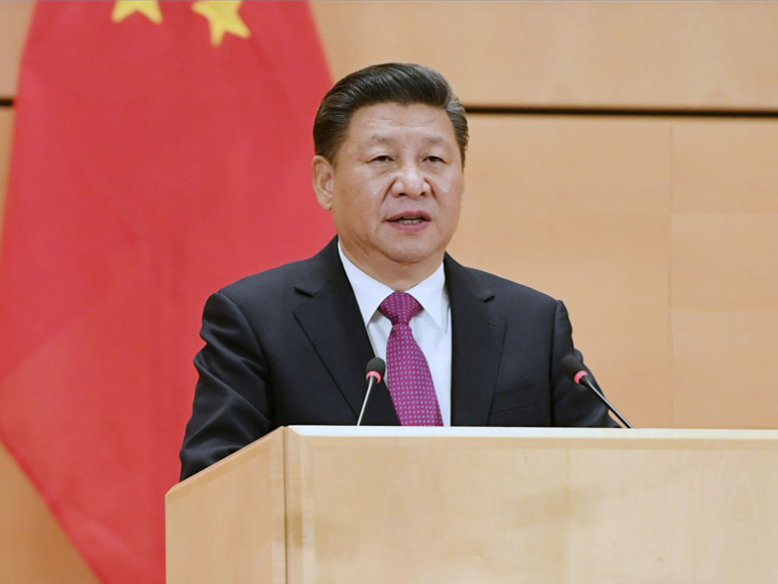 This year marks the 15th anniversary of the establishment of comprehensive strategic partnership relations between China and Italy, said Geng, adding that bilateral relations have maintained sound development momentum.

Xi's visit will be the first in 10 years for a Chinese head of state to visit Italy, which will give new connotation of the times to China-Italy relationship and be of important significance to inheriting the past and forging ahead into the future, the spokesperson said.

The visit will further consolidate political mutual trust between China and Italy, deepen practical cooperation in various areas under the framework of the Belt and Road, boost people-to-people and cultural exchanges and mutual learning among civilizations, promote new progress of the Sino-Italian comprehensive strategic partnership in the new era and make contributions to Sino-EU relations as well as world peace and development, said Geng.

Xi will hold talks with Prince Albert II during his visit to Monaco and exchange views with him on issues of common concern such as the development of China-Monaco relations in the new era. Noting that it will be the first time for Chinese president to visit Monaco, Geng said the visit is of historical significance to bilateral relations.

"We stand ready to work with Monaco together to further deepen political mutual trust as well as communication and cooperation in various fields to promote constant progress of China-Monaco relationship," Geng said, stressing the two sides have set a model of friendship and common development between big and small countries.

During his visit to France, Xi will hold talks with President Macron, meet with French Prime Minister Edouard Philippe and the speakers of the Senate and the National Assembly, according to Geng.

Hailing that France is the first major country in the Western hemisphere to establish diplomatic ties with the People's Republic of China, Geng said China-France relations have always been at the forefront of Sino-EU and Sino-Western relations.

Xi's visit will be the first state visit by a Chinese head of state to France in five years, Geng said, stressing that this year also marks the 55th anniversary of the establishment of diplomatic ties between the two countries, giving the visit special significance.

China always attaches great importance to its relationship with France from a strategic viewpoint, and is willing to join hands with the French side to further strengthen political mutual trust by taking this visit as an opportunity, to expand pragmatic cooperation and people-to-people and cultural exchanges, and to advance the China-France comprehensive strategic partnership to a new stage, Geng said.