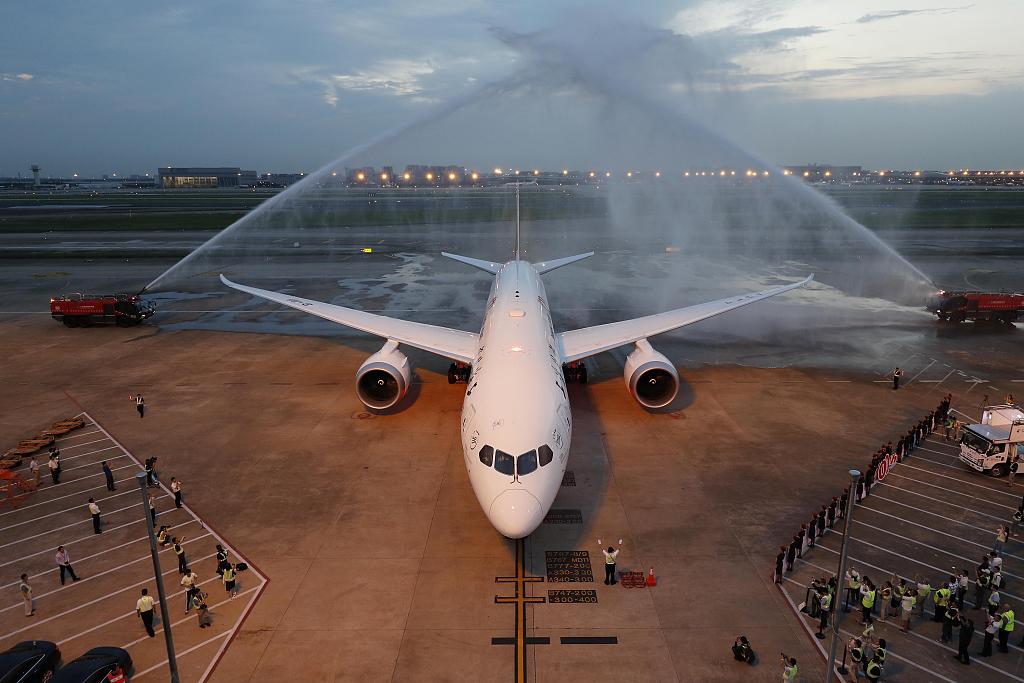 The new, super-efficient Dreamliner will be the first widebody commercial jet to be operated by a privately-held Chinese airline, Boeing said.

The arrival of the long-range 787 Dreamliner will help the Chinese carrier expand its international network and increase flights to Southeast Asia, Japan and South Korea.

Previously an all-Airbus operator, Juneyao Airlines mainly runs flights from Shanghai, China's economic and financial hub in the east of the country, to more than 50 cities throughout China, the world's second largest economy.

"This delivery is our airline's biggest milestone and marks a big step toward expanding our network in China and beyond," said Wang Junjin, chairman of Juneyao Airlines.

"As the market-leading widebody model, the 787-9 Dreamliner will play a key role in our global business growth," Wang said.

The Chinese carrier has also signed up for Boeing Global Services' pilot training to facilitate smooth operation of the Dreamliner.

Friday's delivery "marks the first of 10 c for Juneyao and their emergence as an international carrier," said Ihssane Mounir, senior vice president of Commercial Sales and Marketing at Boeing.

The long-haul 787-9 Dreamliner can carry 290 passengers and fly up to about 14,140 km, which saves 20 percent to 25 percent of fuel compared to older airplanes, making the aircraft a powerful competitor in the world's 200 to 350-seat air transport market, according to Boeing statistics.