BEIJING, May 22 (Xinhua) -- Procuratorates across China supervised 5,455 false litigation cases between the start of 2017 and March 2019, the Supreme People's Procuratorate (SPP) said at a press conference Wednesday. 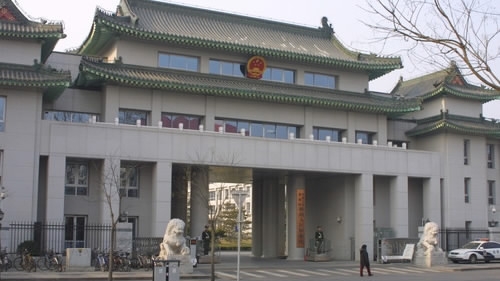 There was a dramatic rising trend in the number of such supervised cases, with 652 being handled in the first three months of the year, according to the SPP.

The SPP said that the supervised cases were mainly on disputes over private lending, real estate ownership, as well as remuneration claims.

The supervision over false litigation cases has taken significant effect with the concerted efforts of procuratorial organizations across China, said Zhang Xueqiao, deputy procurator-general of the SPP.

Factors including weak capabilities and the lack of means of supervision, however, are still limiting public procurators from playing a full role in supervision, so in the future the focus will be on spotting problems in fake civil lawsuits and solving them, Zhang said.

In these cases, some would resort to collusion and fabricate debt to get the warrant for payment from the court, before reaching a reconciliation and paying the "debt" with goods, embezzling state-owned assets.

Some others would fabricate proof and "facts" to litigate, in order to get a conciliation agreement from the court to transfer their corporate assets.

Under the supervision of procuratorates, the five cases were all rectified, and those involved found accountable and punished, according to the SPP.