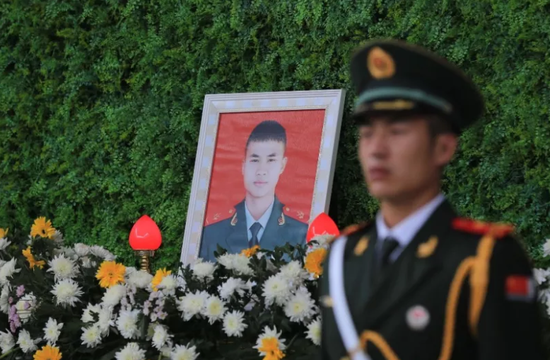 The procuratorate of East China's Jiangsu Province filed a public interest case on Monday against a local netizen who allegedly insulted a martyr who died in a fire, which an analyst believes will contribute to "society order construction."

This is the first public interest lawsuit filed by a procuratorate after the Law on the Protection of Heroes and Martyrs was adopted in April, jcrb.com, a news site under the Supreme People's Procuratorate, reported Monday.
The Jiangsu netizen surnamed Zeng allegedly spread hate speech in WeChat groups on May 14 against Xie Yong, the fireman who died in a rescue mission at a neighborhood in Huai'an in Jiangsu on May 12.
Zeng ignored advice, saying "Detainment is nothing. I'm not even scared of being in jail." He was later placed in criminal detention.
"Zeng will face a criminal jail term in accordance with the law," Zhi Zhenfeng, a legal expert at the Chinese Academy of Social Sciences in Beijing, told the Global Times.
A martyr, as a contributor to society, enjoys the right to be protected. Smearing their reputation is against current social values and social order, Zhi said.
It is in the public interest to honor and respect them, he added.
Xie left his air respirator with his colleague in the fire, but he fell off a high floor of the building from heavy smoke. The Ministry of Public Security hailed Xie as a martyr on May 13.
A Net user surnamed Wang also insulted Xie online. But he apologized and expressed his willingness to spread positive energy after he was detained. The local procuratorate didn't file a lawsuit against him.
The newly-adopted law on protecting heroes and martyrs outlaws acts which glorify invasions, with offenders facing administrative or criminal penalties depending on the severity of their actions, the Xinhua News Agency reported.