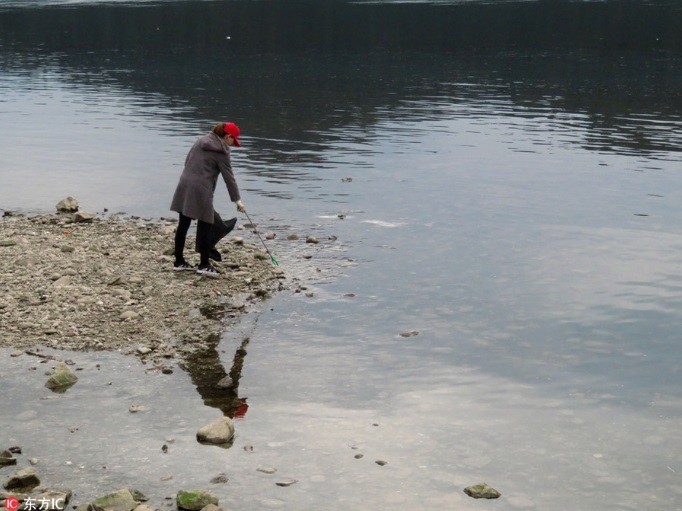 A volunteer picks up solid waste at the bank of Yangtze River in Yichang, Hubei province, on March 5, 2018. (Photo: IC)

Prosecutors in 11 provincial regions along the economic belt filed charges against 22,310 people for suspected crimes involving destroying environmental resources in 2019, up over 20 percent year on year, said Zhang Xueqiao, deputy procurator-general of the SPP, at a press conference.

Meanwhile, they approved the arrests of 7,084 suspects involved in such cases, an increase of 43 percent from the previous year, according to figures from a white paper on ensuring the development of the Yangtze River Economic Belt released by the SPP Tuesday.

The white paper, the first issued by the SPP, aims to make the public realize that the situation of environmental protection remains grim along the Yangtze River, Zhang said.

"We hope to improve our capacity and professionalism by spotting problems and seek solutions through the comprehensive and timely review of relevant work," Zhang explained.