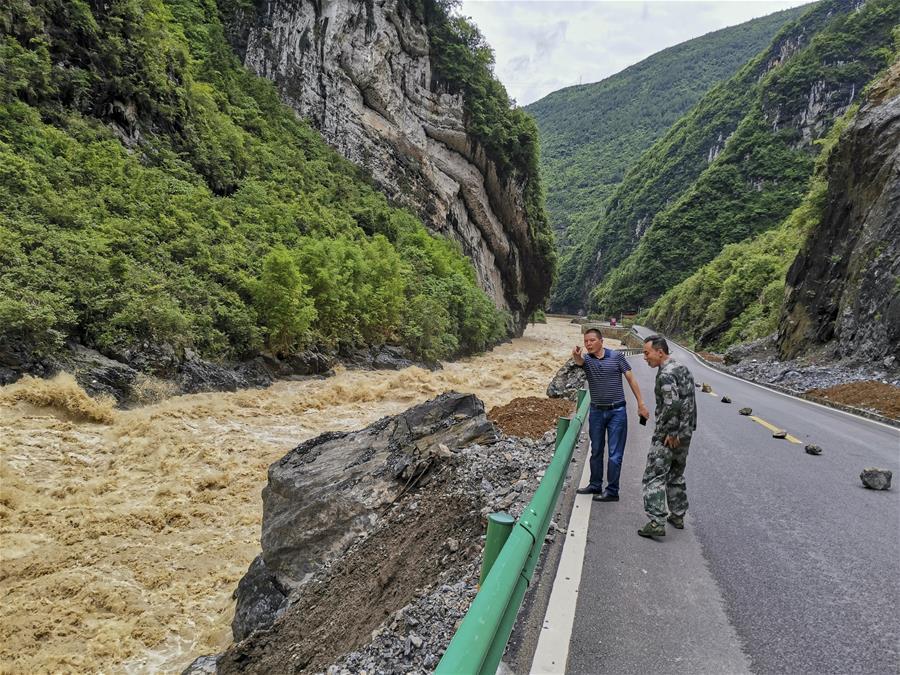 Downpours forced water current to exceed danger levels in several rivers in Anhui Province. Heavy rainfall is expected in the province in the next two days.

On June 19, water current at the Tangnaihai hydrologic station in Qinghai Province, northwestern China, had increased to 2,500 cubic meters per second. The Yellow River saw its first flood this year.

In order to ensure the safety of life, property and important infrastructure, Qinghai Province issued a Level IV emergency response for flood control on June 20.

Hongjiang District on Tuesday issued a Level I emergency response for flood control, as a fresh spell of rain is expected to lash the region in the next two days.