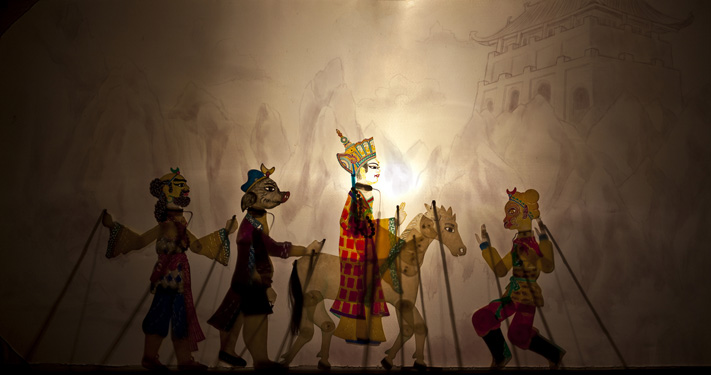 HOUSTON, Feb. 9 (Xinhua) -- Local audience were enthralled when the Puppet Troupe of the Henan Opera and Dance Theater performed Snow White, along with its traditional repertoire, Friday night at the Asia Society Texas Center in Houston as part of its celebration of the Lunar New Year.

Little puppets, controlled by nine performers, danced and jumped on the stage like real people, drawing applause and cheers for the troupe's rich collection of Chinese folk legends and historical tales.

"Performing in the United States is a good way to protect, pass on and promote the unique traditional Chinese heritage, and to introduce this Chinese art treasure to the American audience," Zhao Fei, head of the puppet troupe, told Xinhua.

Besides Houston, the puppet troupe will perform in the states of Georgia and Oklahoma.

The puppetry on show dated back to the Han Dynasty, which requires master manipulation to tell classic stories well-known in China, such as The Butterfly Lovers and Wu Song Fights the Tiger.

The puppet troupe from China's central province of Henan was founded in 1958 to promote traditional Chinese culture. As the main puppet show company of the province, it has produced a variety of popular puppet plays in the past six decades. Many of them have won national awards. Enditem