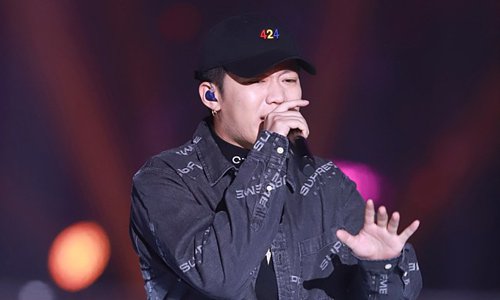 China’s iconic rapper PG One apologized on Thursday for lewd lyrics, claiming he made the mistake because of “deep influence of Black music” and his misunderstanding of the core values of hip hop culture.PG One rose to fame in 2017 after appearing in The Rap of China, a Chinese rap reality show. Netizens reported his song “Christmas Eve” to the authorities, accusing him of derogating women and promoting drug use as the lyrics contain words “f…,” “bitch” and “white powder.” “I was deeply influenced by Black music in the early days when I was exposed to hip-hop culture, and I didn’t have a correct understanding of core values of hip hop culture,” the singer said on his Twitter-like social media service Sina Weibo account, adding that hip-hop should be about peace and love.The singer said he has voluntarily removed his song online and will boost positive energy in the future.The apology apparently wasn’t accepted by the outraged netizens as a lot of them asked him to reflect on himself rather than pass the bucket to African American musicians.PG One’s song is contemptible, shameless and obscene, and would have a very bad influence on his fans who are mostly in their teens or 20s, said a commentary of the online edition of China Women’s News on Thursday.The Communist Youth League said on its Weibo account that PG One did not give young people the proper guidance as a public figure and has already violated laws with the song.