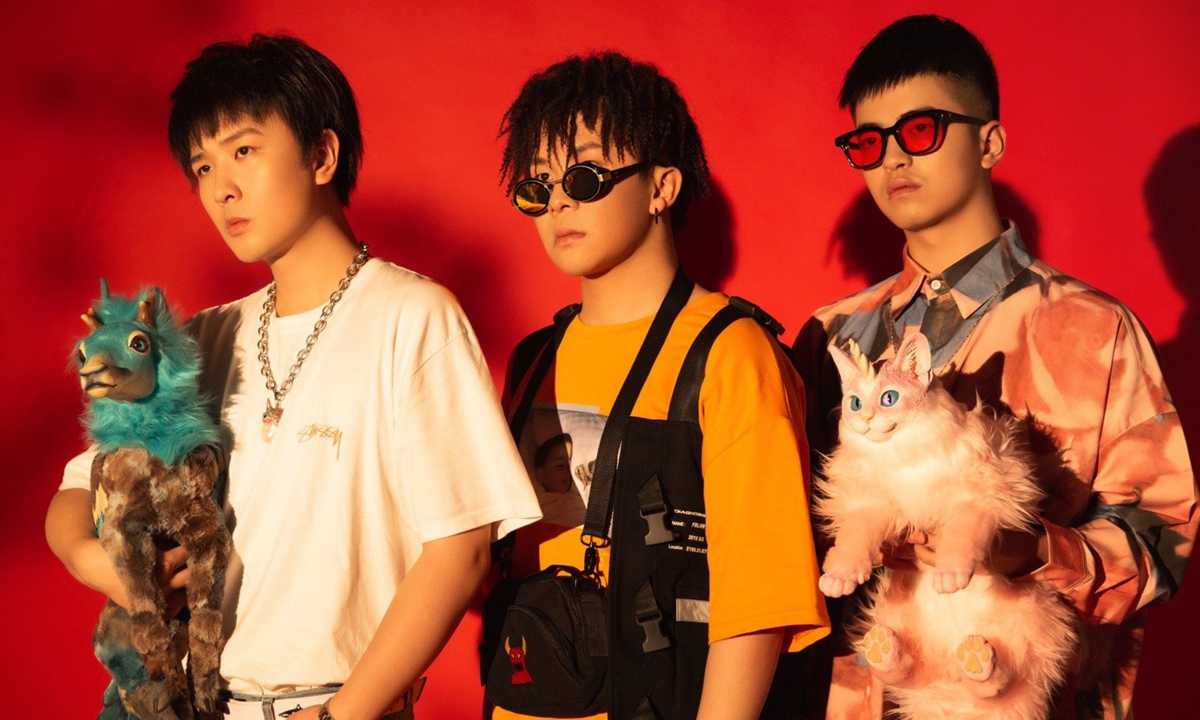 "Fort Detrick, more like a witch's cauldron. How many plots came out of your labs? How many dead bodies hanging a tag? What are you hiding, open the door to Fort Detrick. Cause transparency is your favorite. OK, great. America first. We want, want the truth."

A rap song created by Chinese rappers began trending on Chinese social media on Wednesday due to its sharp lyrics taking aim at the US' Fort Detrick lab.

"Open the Door to Fort Detrick" was written by Chinese rap group Tianfu Shibian, or CD REV, from Chengdu, Southwest China's Sichuan Province, and took three days to be completed. In the song, the band urges the US government to open the Fort Detrick lab to an international investigation into the origins of COVID-19.

The lyrics in the rap song soon captured the attention of many netizens in China after the song's music video was posted by Chinese media outlets such as the Xinhua News Agency on August 9. In comments under the video, netizens called for an investigation into the Fort Detrick lab to be carried out as soon as possible, adding that the lab should cooperate if it is not trying to hide anything.

"We want the truth. Open the door to Fort Detrick. Shed light on tightly held secret. When things are stalemated, let the judges in, medical pros, they are ready for this," the song's lyrics go.

"It was just a sudden feeling. I felt so angry and thought we have to rap it out," Wang Zixin, one of the members of CD REV, told the Global Times, explaining how discussion on social media that the US was not allowing an investigation into Fort Detrick inspired the group to speak out through song.

On August 11, Zhao Lijian, a spokesperson for China's Foreign Ministry, posted the music video on Twitter, where it has earned more than 19,000 views.

The band remarked that having such a high-ranking official take notice of their song was a very proud moment for them.

"I thought he was someone who never listened to rap music, I felt like I was in another world."

A Twitter user commented under Zhao's tweet, saying that "For the benefit of all mankind, we strongly urge the WHO to investigate Fort Detrick in the United States and the US military biological laboratories all over the world."

Voices asking the US government to open the door to the lab are not only coming from China.

An online petition in China demanding that the WHO investigate the lab for any connections to the origins of the novel coronavirus was launched in July. It has gained over 25 million signatures online and has inspired people in the Philippines, Australia, Malaysia and South Korea to call on the US to "open the door" for a thorough probe.

The petition, drafted by a group of netizens and published by the Global Times on July 17, was considered the loudest call from the Chinese public for a probe into Fort Detrick. It came at a time when the US was ramping up its information war against China and a 90-day investigation into the origin of COVID-19.

The three-man rap group has been particularly chill about becoming famous, or using their rapping talent for money. "Being real," the motto of many rappers, is about being consistent in expressing their patriotic attitude no matter if they are unknowns or working to earn money and fame.

"It would be faker's stuff if we just loved the country when we are on stage, but still rap about dirty things when we are underground," Wang said.

The three rappers from China's post-1990 generation say they see themselves as ordinary people and believe that ordinary voices are sometimes more convincing and powerful when it comes to showing one's patriotism.

"Media and our ordinary voices resonate differently to audiences. We common people see the truth, but some media think 'These Chinese rappers are being guided by the authorities.' They see our stuff as 'political propaganda,' but choose to not to believe we are just ordinary people," Wang explained.

Before the Fort Detrick track began trending, the group had produced many other songs that show how ordinary Chinese love their country. Their favorite is "Hong Kong's Fall," a song that tells a story about rioters in Hong Kong using "democracy" as a disguise to tackle people with different opinions.

"I wrote it with smooth, rich elements, from the theme to the nature of the music, all around, I love it."

"Rap is our hobby, we don't deliberately make hot songs. Besides such politically oriented songs, we have love songs too."