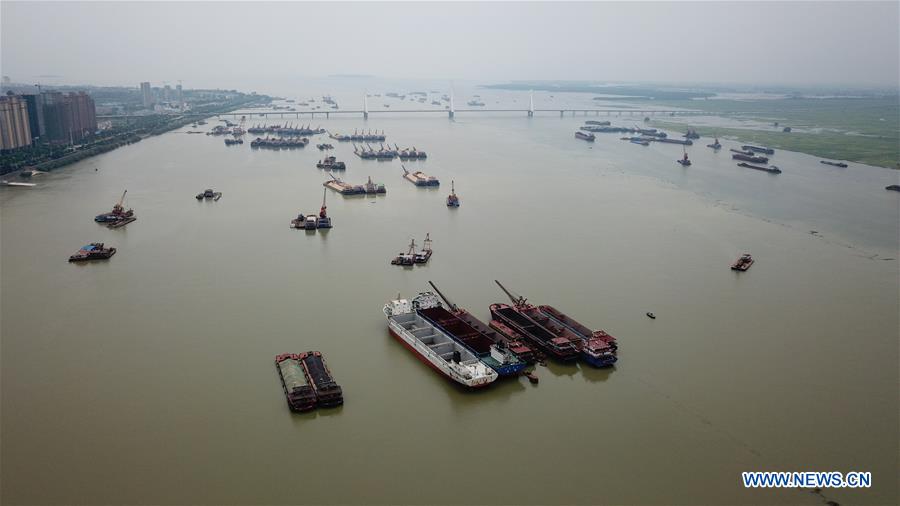 The Anhui provincial meteorological service on Sunday raised the rainstorm response to the second level from the third level.

The agency forecast that flash floods have a bigger chance of wreaking havoc in cities like Huangshan, Chizhou, Tongling and Anqing in the province.

It urged authorities in the cities to timely release early warning information and evacuate residents in advance to avoid being affected by flash floods.

In central China's Hubei Province, the provincial flood control authorities on Sunday raised the flooding response level from the fourth to the third as heavy rains continue and water levels in rivers and lakes keep rising.

Hubei has been battered by six rounds of heavy rains since the plum rain season started on June 8, with the average precipitation across the province reaching 387.3 mm.

Water levels in several hydrological stations along the Yangtze River are over or near warning levels. Meanwhile, the water level in one of the five largest lakes in Hubei is already above the warning level.

Also on Sunday, authorities in Hubei's neighboring province of Hunan raised the flooding response from the fourth level to the third level. A total of 858 km of dykes in the Dongting Lake area face higher-than-warning water levels while the water levels still continue to rise.

From Sunday noon to Monday noon, the western and southern parts of the Dongting Lake are forecast to face flood water 0.3 meters to 1.3 meters above the warning levels. Enditem