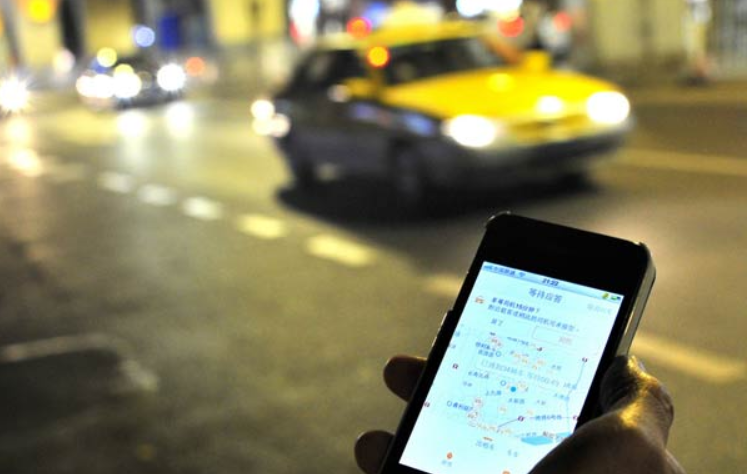 A man uses taxi-hailing app on his smartphone on a road in Guangzhou city, South China's Guangdong province. (Photo: Xinhua)

Within half a month, a multi-department inspection group including supervisors from the Ministry of Transport will examine the industry's eight major players including Didi Chuxing for safety loopholes and problems concerning the safety of passengers and the public.

The group began their in-house inspection Wednesday at Didi, which had been ordered by authorities to rectify its operation to ensure the safety of its services after a second passenger murder this year.

Liu Xiaoming, the vice minister of transport and head of the inspection group, told Didi to fully cooperate with the inspection and be responsible for the people, industry and history.

"Have awe and respect in your heart, and do not cross the line before building a sustainable company," Liu said.

Didi announced a safety rectification plan Tuesday, suspending its late-night ride-hailing services from Sept. 8 to 15 on the Chinese mainland and introducing key safety initiatives including adding a one-click "Call Police" function to its application.

Inspectors will also see if regulatory authorities have lived up to their responsibilities and propose punishments for those found in dereliction of duty as well as the enterprises and executives confirmed of violating laws or regulations.

Other online ride-hailing and car-pooling firms will be inspected by local authorities under the guidance of provincial-level transport authorities during the campaign.