The United Nations Security Council held a High-level Open Debate on Addressing the Issue of Linkages between Terrorism and Organized Crime on Thursday. Zhang said terrorism and organized crime have been colluding and infiltrating, posing a serious threat to international peace and security. The international community must strengthen cooperation at all levels, exchange intelligence and information, share best practices and take concerted actions, to effectively combat terrorism and organized crime, and jointly maintain international peace and security.

He said counter-terrorism must be carried out by upholding the purposes and principles of the UN Charter while respecting the central coordinating role of the UN and adhering to unified standards. The sovereignty, independence and territorial integrity of the countries concerned should be fully respected. Tangible and comprehensive measures must be taken to counter the linkages between terrorist organizations and organized crime in areas such as trafficking of arms, people, drugs, artefacts, cultural property, the illicit trade in natural resources and wildlife, the abuse of legitimate commercial enterprise, and non-profit organizations, among others. 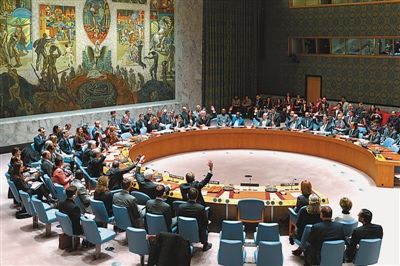 Zhang pointed out that it is imperative to enhance actions and synergy at international and regional levels to more effectively fight terrorism and organized crime. It is of utmost importance to further promote multilateralism and international cooperation to tackle the new and evolving challenges of terrorism, during and after the COVID-19 pandemic. The international community must actively support regional and sub-regional organizations in playing their important roles and conducting effective regional cooperation, in the field of counter-terrorism and fight against organized crime. China supports closer coordination between UN agencies such as UNOCT, CTED, UNODC and Interpol, among others, in accordance with their respective mandates, and regional organizations, to bring forward their respective strengths and expertise.

Zhang stressed it is important to support domestic efforts of member states and build their capacities to address the most prominent challenges. The international community must provide tangible assistance to member states, especially developing countries, considering the different security situations and their distinctive cultures and history, in their capacity-building efforts in areas such as border control, customs, drug enforcement and judiciary matters. We should effectively combat terrorism financing, stop internet-based terrorism and illegal activities by terrorist and organized crime groups, to sever the linkages between terrorism and organized crime. We must follow international law and relevant UN resolutions, support member states to take measures of de-radicalization, enhance prevention, and keep organized crime from resorting to extremist and terrorist means.

Zhang said that facing the threat of terrorism, we must stand united with solidarity. There is no difference between so-called good or bad terrorists. Double standards and politicization must be avoided. China will always side with multilateralism and international justice. China has been rigorously implementing all UN counter-terrorism resolutions and actively engaging in counter-terrorism cooperation at global and regional levels. As a state party to the United Nations Convention against Transnational Organized Crime, China has been actively fulfilling its obligations under the Convention with an all-fronts approach across legislation, law enforcement and judicial sectors. We will continue to conduct bilateral and multilateral exchanges and cooperation of capacity building with all member states, developing countries in particular, including African countries, on issues related to counter-terrorism and combating organized crime. We will also continue to support the UN efforts of counter-terrorism, politically and financially, in a joint endeavor to maintain international peace and stability.