A research team from the institute of deep oceanology of the Chinese Academy of Sciences in Beijing has published a paper in the journal Integrative Zoology.

From April to May 2019, the research team carried out a deep-diving research mission in the northern waters of South China Sea and witnessed three mysterious beaked whales. They were preliminarily believed to be ginkgo-toothed beaked whales or Deraniyagala’s beaked whales. 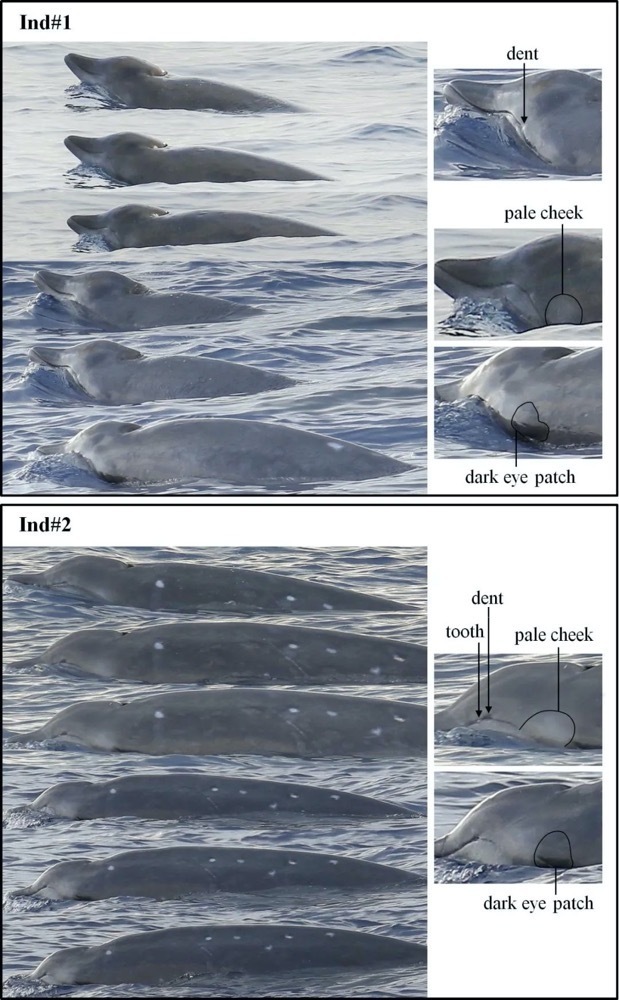 The whales in the two pictures share similar colors and patterns.

The front part of ind#1 taken under different lighting conditions. The photos show that there are few typical white healed scars in the healed dharma shark bite marks (see the white part in the left), and most of the healed scars are the same color as the whale’s skin. (see the small round bumps in the right)