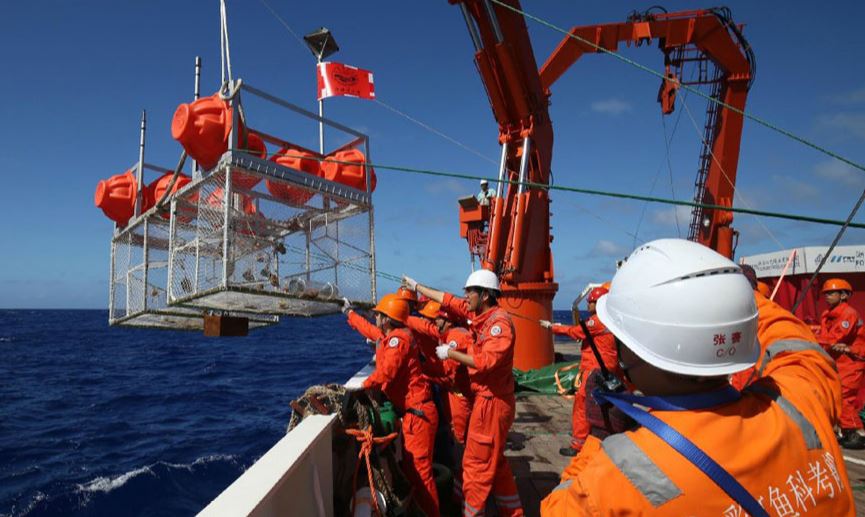 QINGDAO (Xinhua) -- Chinese research vessel Science left the eastern city of Qingdao Saturday, on an expedition to the little-known seamounts in the Mariana Trench, the world's deepest natural trench.

Researchers will study the topography, hydrology and bioecology of the western Pacific Ocean's typical seamount, said Xu Kuidong, chief scientist of the mission with the Institute of Oceanology of the Chinese Academy of Sciences.

Unmanned remote sensing submersibles will be used to collect data and samples of creatures, sediment and rocks of the trench, Xu said.

Before the research, Xu's team has started comprehensive investigation into four seamounts of the western Pacific Ocean and the new program will help explore the biodiversity of nearby seamounts.

It is estimated that there are more than 30,000 seamounts in the oceans. Over 60 percent are in the Pacific. With rich fishing, mineral resources and a diversity of marine organism, seamounts are attractive for scientific research and commercial activities.