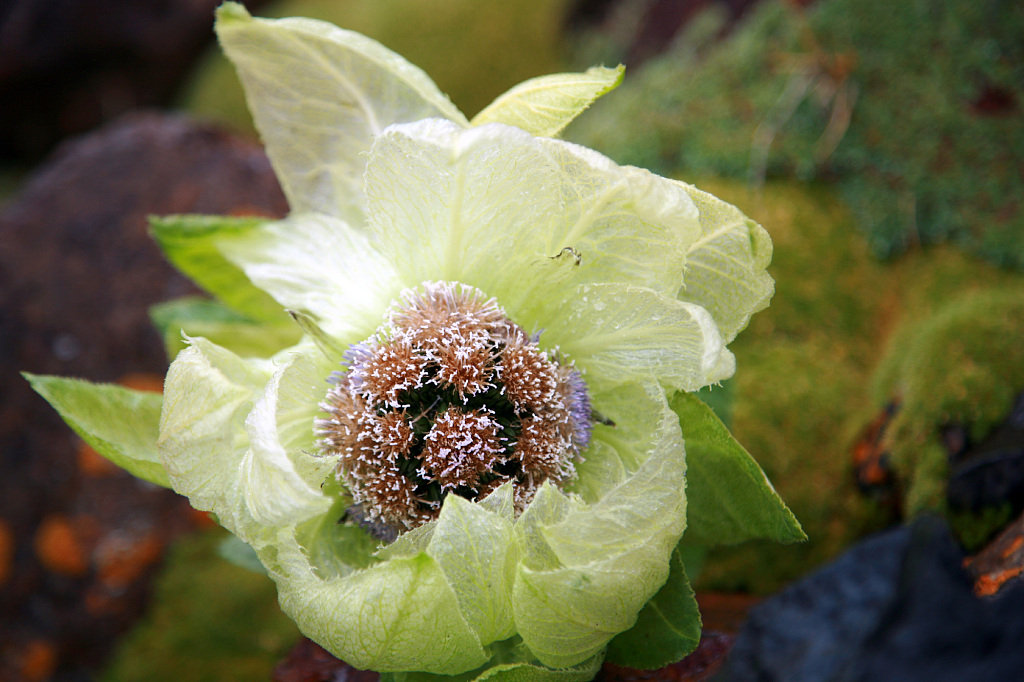 The snow lotus, named Saussurea balangshanensis, was spotted in the alpine zone at an altitude of about 4,400 to 4,700 meters in the reserve, said researchers with the Kunming Institute of Botany under the Chinese Academy of Sciences.

The plant is quite different from other known species of snow lotus and has a pungently fragrant smell, said Zhang Yazhou, a researcher with the institute.

Researchers and reserve management staff conducted separate investigations and determined that fewer than 500 such plants remain, and the Balang Mountain is the only place the snow lotuses grow. It is therefore extremely endangered, said Zhang.

"The Balang Mountain snow lotus has a very limited colony, which results in a singular genetic feature and makes it extremely vulnerable," he said.

Its habitat is close to a highway so it urgently needs protection, he said.

The Wolong reserve has limited human activity near where the plants grow and is making further plans for conservation, said Duan Zhaogang, an official with the administration of the reserve.