A total of 37 members on China's 35th Antarctic research mission on Friday night arrived at the Zhongshan Station after a six-day 520-km journey amid storms. 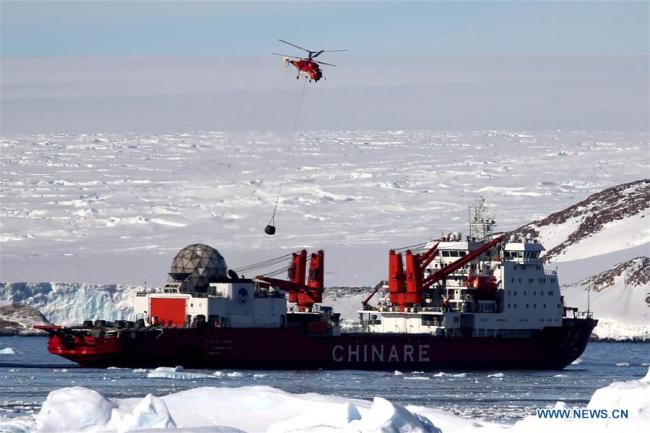 China's icebreaker Xuelong on Feb. 9 arrived at the Zhongshan Station and started to transfer fuel oil to the station by helicopter. (Photos: Xinhua)

They started off from the Taishan Station on Feb. 3, which, at an altitude of 2,621 meters, is located between the Zhongshan and the Kunlun Stations. The stations are the latest three out of the four scientific research bases on the Antarctic ice sheet built by China since 1964.

The Chinese researchers, 21 of them from the Taishan team and 16 from the Kunlun team, came to Zhongshan after successfully completing their tasks. The two teams together departed on Dec. 18 from near Zhongshan for their missions. 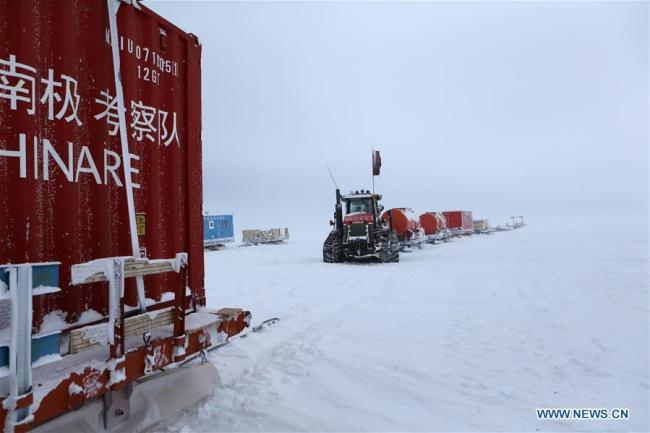 Photo taken on Feb. 8, 2019 shows an inland expedition team of China's 35th Antarctic expedition on its journey in Antarctica.

The Taishan team completed the construction project of the supporting facilities at Taishan in 38 days, a week ahead of schedule. Taishan was put into operation in February 2014 after its main building on the ground was completed.

The Kunlun team conducted research works on astronomy, ice berg and surveying and mapping, among other things. For instance, they on Feb. 7 set up a new automatic meteorological station, some 100 km away from Zhongshan. The team members arrived at Taishan on Jan. 31 to join the researchers there. 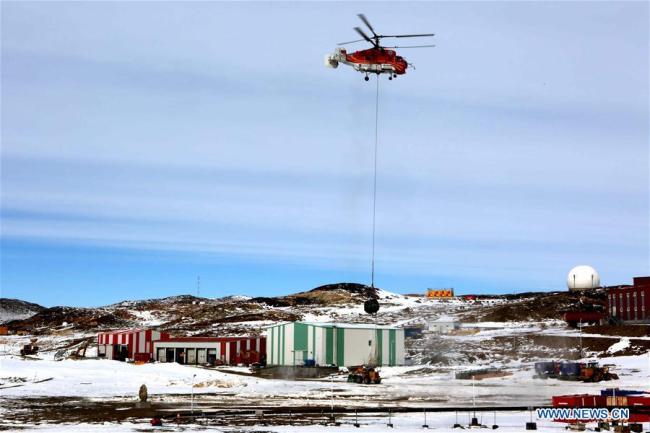 A helicopter transfers fuel oil to the Zhongshan Station, a Chinese research base in Antarctica, Feb. 9, 2019.

The members of the two teams are scheduled to board on China's icebreaker Xuelong on Feb. 15, leaving Antarctica for home. They are expected to arrive in Shanghai on March 10.