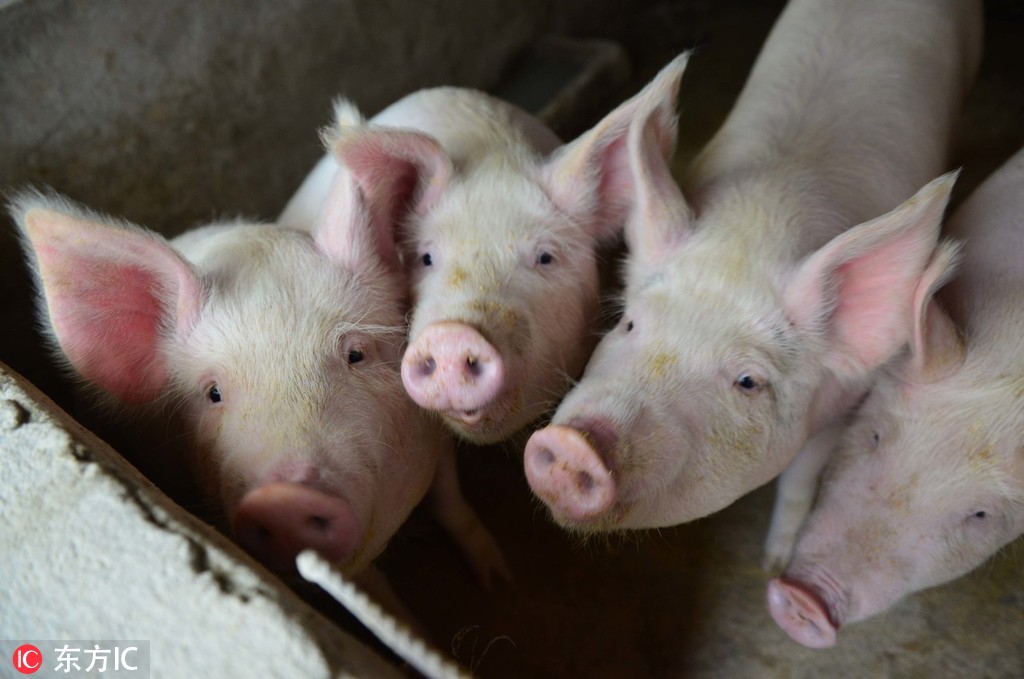 Chinese researchers have successfully isolated an African swine fever virus, which could contribute to more knowledge of the organism, and may also lead to new methods for prevention and control, according to a research institute in northeastern China.

The virus, called Pig/HLJ/18, was isolated from a sample taken from an animal at a farm hit by an African swine fever outbreak last year in Jiamusi, Heilongjiang province.

Studies showed that the virus is virulent and transmissible among domestic pigs, the Harbin Veterinary Research Institute said in a statement over the weekend.

During tests, pigs injected with the virus displayed symptoms such as fever within three or four days, and all died within six to 10 days. Pigs that were not directly injected but lived with the other pigs also got the disease and died, said Zhao Dongming, a leading author of the research, which was published in the international journal Emerging Microbes and Infections on Friday.

The virus does not affect humans.

The findings highlighted the necessity in the control and prevention of African swine fever in China, which has more than half the world's pig population, he said.

Currently, diagnoses in China have been made based on detection of a viral gene, so isolation of the virus will help in understanding and controlling the disease, he said.

"It is still not known if a single virus invaded China and caused all these outbreaks or if different viruses are responsible," Zhao said. "More viruses need to be isolated and analyzed to fully understand the spread of the disease and to develop an effective control strategy."

More than 110 African swine fever outbreaks have occurred in China since August, when the first case was reported in Shenyang, Liaoning province. The outbreaks resulted in tens of thousands of pigs being culled to control the disease, according to the Ministry of Agriculture and Rural Affairs.

The spread has been under control, with fewer outbreaks reported, the ministry said.

The virus is deadly to pigs, with virtually 100 percent mortality.

In addition to carrying out a number of disease control and prevention measures, such as banning the movement of live pigs in areas with outbreaks and banning kitchen leftovers as pig feed, the ministry has urged research institutes to intensify study and development of vaccines to fight the virus.

There is currently no vaccine for African swine fever because of its complex nature, which allows it to easily evade animals' immune systems, the ministry said.