Chinese researchers have recently made technical breakthroughs in DNA storage, achieving the integration of DNA synthesis and sequencing and miniaturization of instruments. 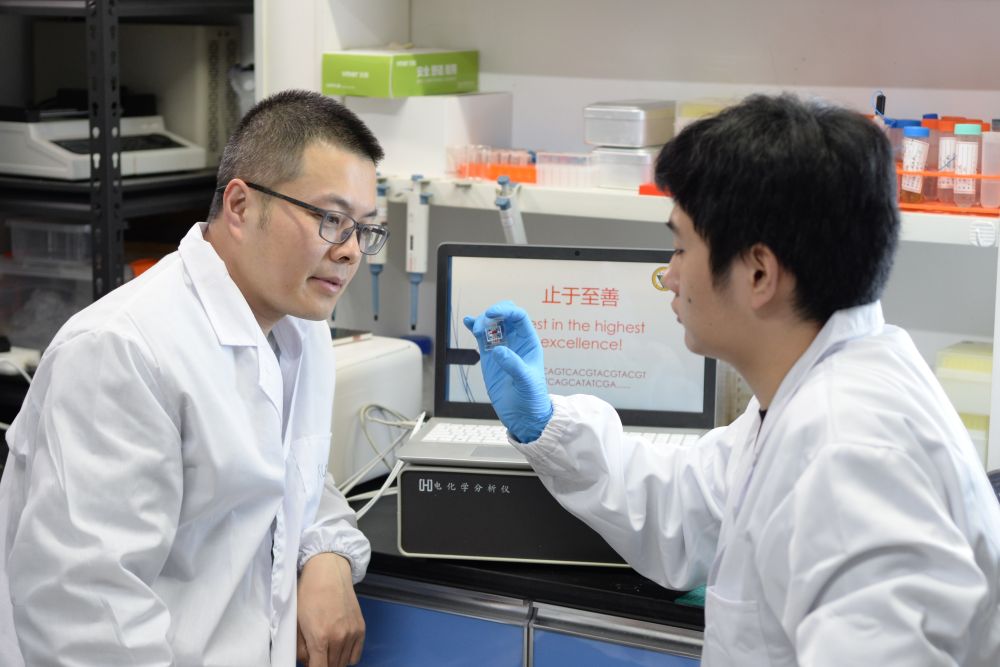 The research team from the Southeast University in Nanjing, East China's Jiangsu province, has successfully encoded the motto "Strive for Perfection" into a piece of DNA sequence and also successfully read it out.

Liu Hong, a professor with the State Key Laboratory of Bioelectronics of the Southeast University, said the DNA storage technology means encoding the DNA molecules with certain rules to store information.

The new storage technology is one of the latest attempts to solve the data storage form with larger capacity and faster speed in the big data era, Liu said.

The team has changed the traditional chemical synthesis method to use electrochemical methods to "translate" the motto into a piece of DNA sequence, which was stored on the electrodes and then read out successfully.

"At present, foreign countries adopt DNA storage routes with mature techniques and products on the market. The DNA synthesis and sequencing are separated. Large instruments are required, and the operation is relatively complex," said Liu.

"Our team has realized the integration of DNA synthesis and sequencing through independent development. The instruments have also been downsized," Liu said.

"One of the major obstacles facing the mainstream overseas DNA storage routes is hard to read, and usually the whole sequence has to be read," Liu said. 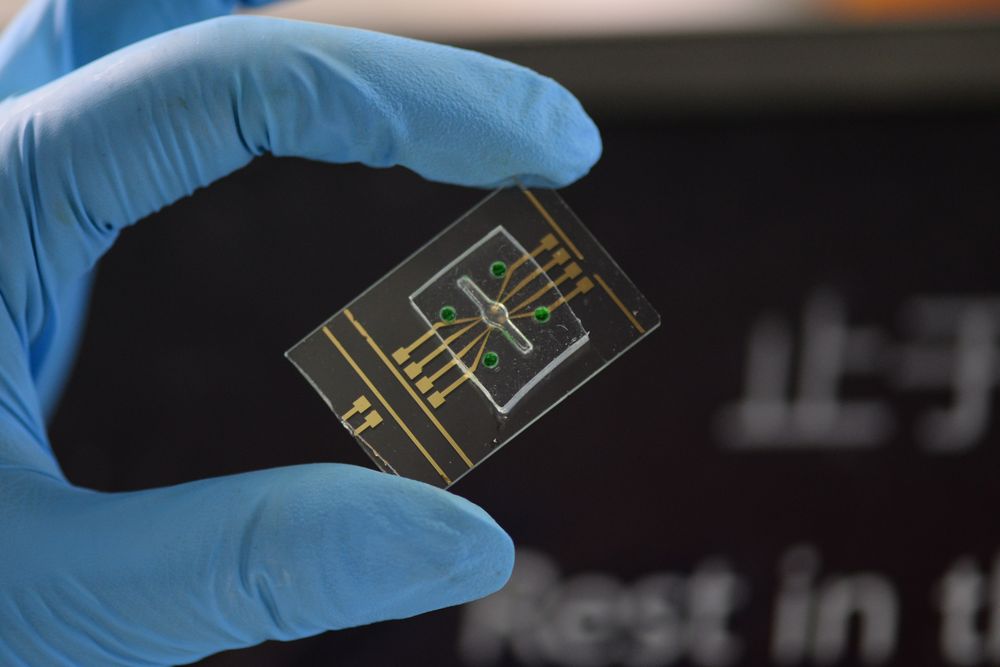 Liu's team has stored the complicated DNA sequences on different electrodes, and when it needs to read a piece of information it only needs to find the corresponding electrode.

For their next goal, Liu's team plans to completely get rid of the dependence on liquid reagents and develop all solid-state DNA storage devices.

"In the future, there will be considerable application not only in the field of data storage, but also in virus nucleic acid detection," added Liu.

The relevant achievements were published in Science Advances, an open access multidisciplinary journal of American Association for the Advancement of Science.