The expedition vessel sent for the deep-sea research mission docks in Sanya, South China's Hainan Province, on October 16, 2018. A team of 59 Chinese researchers returned after a research mission at the Mariana Trench. 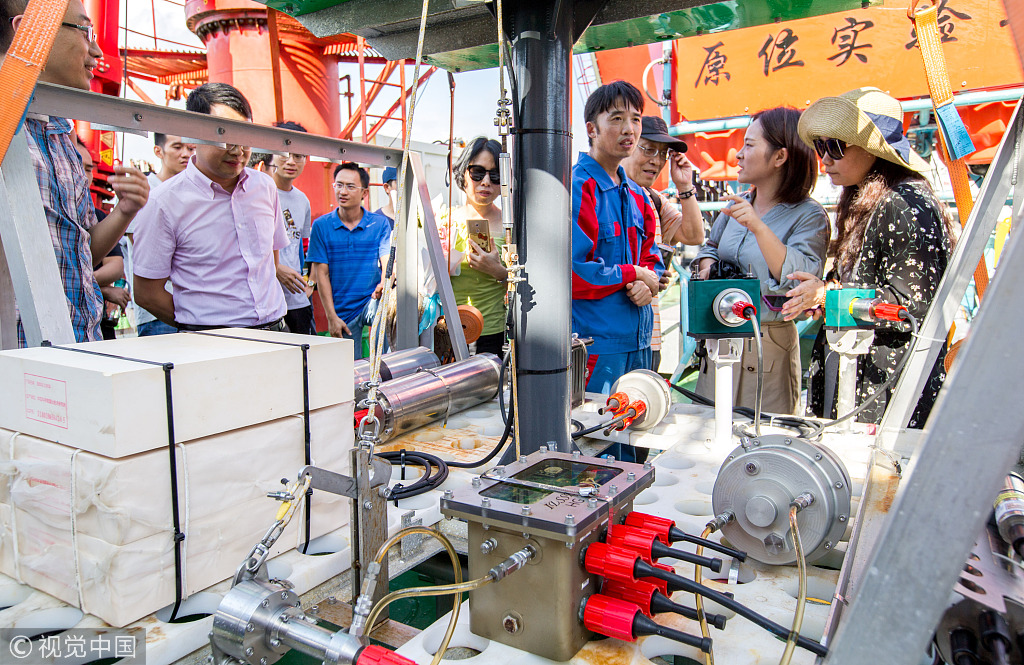 A researcher introduces the equipment of the vessel to visitors. The expedition lasted for 54 days. 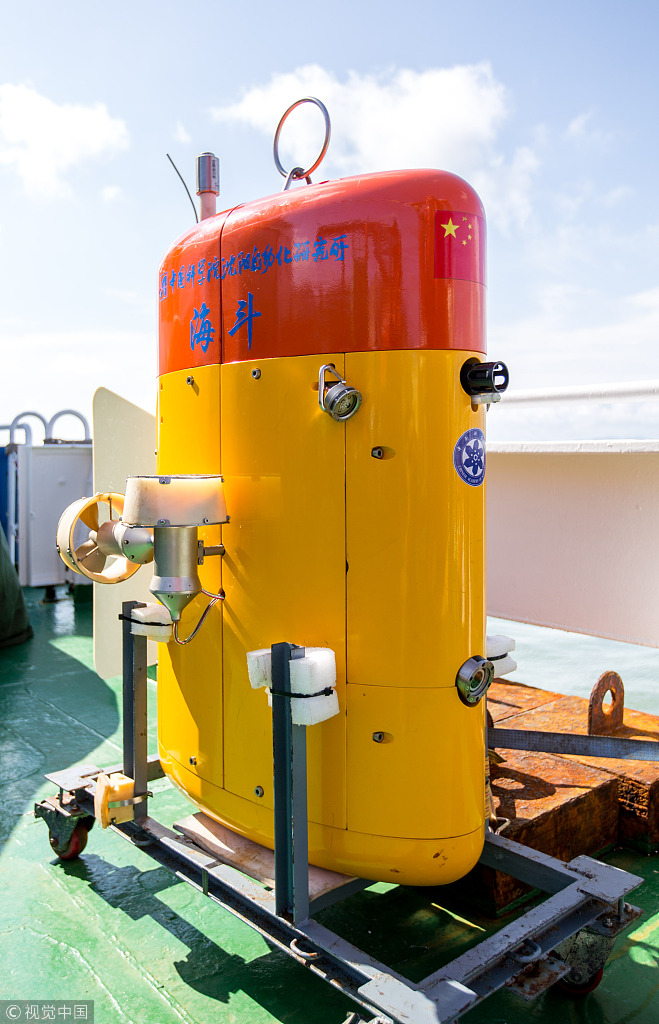 An underwater robot, China's domestically developed underwater glider Haidou, used in the mission is shown to visitors on October 16, 2018. A snailfish that was captured during the mission. All the captured samples have been kept at low temperatures. Photo: Haidou Deep-sea Expedition Team with the Chinese Academy of Sciences A shrimp sample taken from the Mariana Trench, 9,000 meters down. 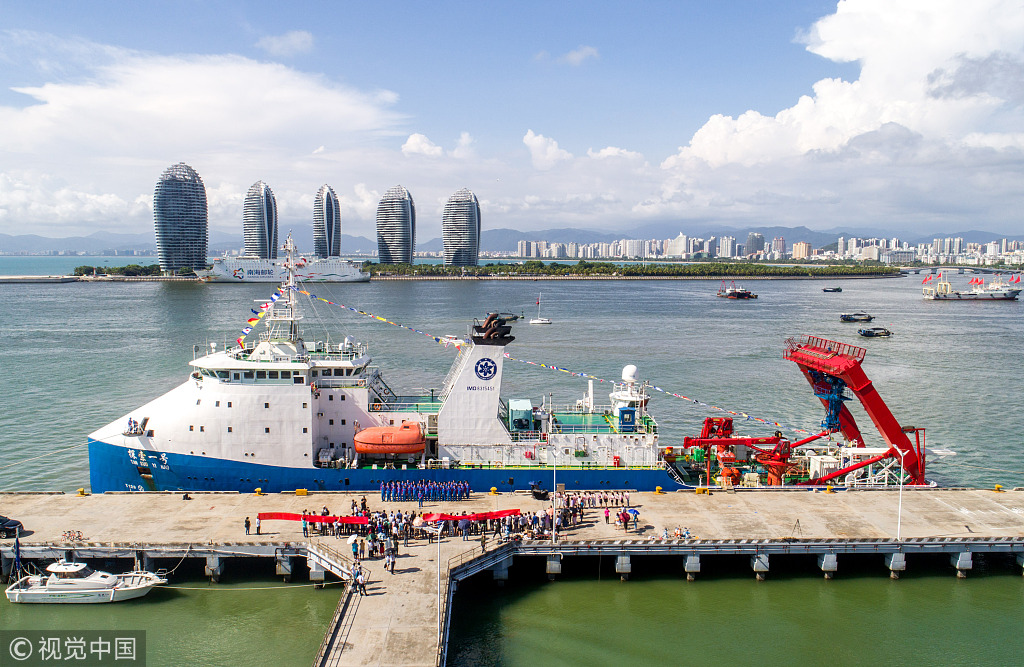