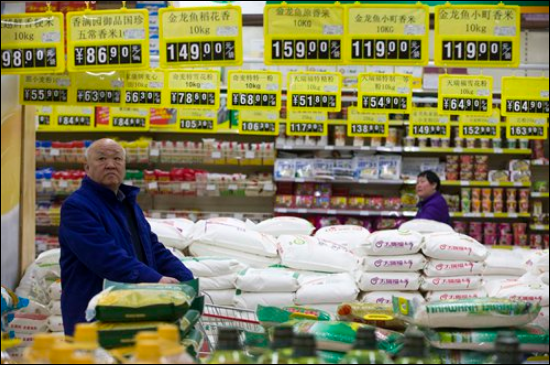 Chinese residents expressed concerns over the safety of Japanese rice produced nearby the Fukushima disaster area, after the Chinese government lifted an eight-year ban on the import of the rice. Japan's National Federation of Agricultural Cooperative Associations (JA) on Tuesday held a ceremony at Yokohama, Japan for exporting the Niigata rice into China for the first time after the Chinese government lifted the ban on imports of rice produced in Niigata Prefecture, the Japan News reported on Wednesday.China's General Administration of Customs announced in November that it had lifted a ban on rice imports from Niigata, one of a number of prefectures neighboring Fukushima, home to the Daiichi Nuclear Power Plant, which went into meltdown and released radioactive material in the aftermath of a tsunami in March 2011.The rice will be sold before the Spring Festival, which falls on February 5, a season which will see booming demand for rice in China.An official of JA said he had confidence that the rice is of high quality and safe, and could satisfy Chinese consumers. Niigata rice will have a trial sale of 500 bags totaling two tons to Shanghai, the Niigata Daily reported on Wednesday.However, Chinese residents don't seem to have much desire to buy the rice."I actually don't care much about the production place when I buy rice, but I still won't buy the Niigata rice out of food safety concern, and I'm more confident about the quality of the rice produced in the Northeast China," Chinese student Lei Yue majoring in Japanese told Global Times on Thursday.Varieties of Japanese rice can be seen now being sold on Taobao,  many of which are priced higher than those produced in China. A Taobao shop is selling Japanese rice for 145 yuan ($21.4) per two kilograms, almost twice the price of domestic rice. The rice is produced in Yishigawa, Japan, 400 kilometers away from Fukushima Nuclear Power Station, implying that the rice is safe. The staff added it is popular due to its good fragrance and taste and has monthly sales of 95 bags.Comparatively, a Taobao shop which sells rice from Northeast China has monthly sale of more than 30,000 bags. Exports of Niigata rice were permitted after General Administration of Quality Supervision, Inspection and Quarantine of China issued announcement in November 2018.