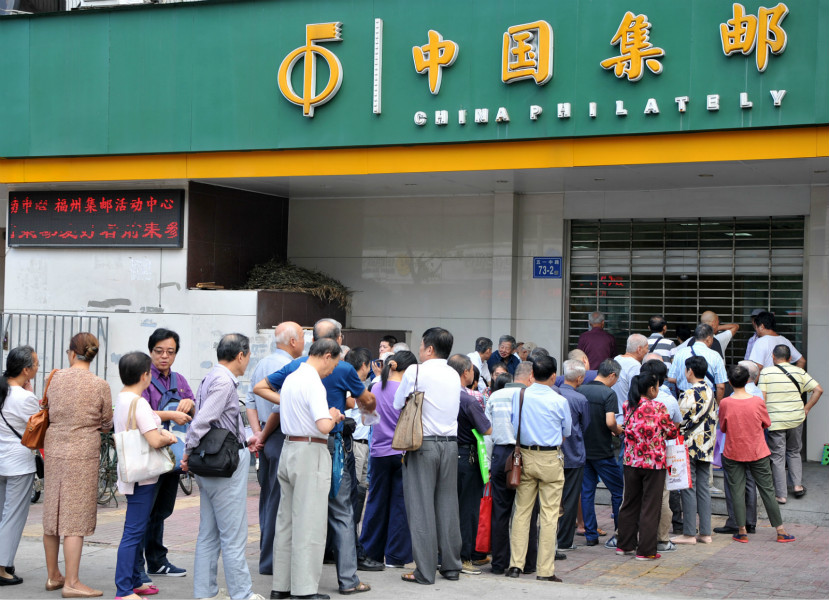 Chinese residents from Fuzhou, East China’s Fujian Province line up outside a post office to purchase commemorative stamps of the 19th CPC National Congress over the weekend. The set, which was released on October 18, includes one miniature sheet called “building dreams” and two stamps called “stay true to the mission” and “keep on moving.”Photo: VCG 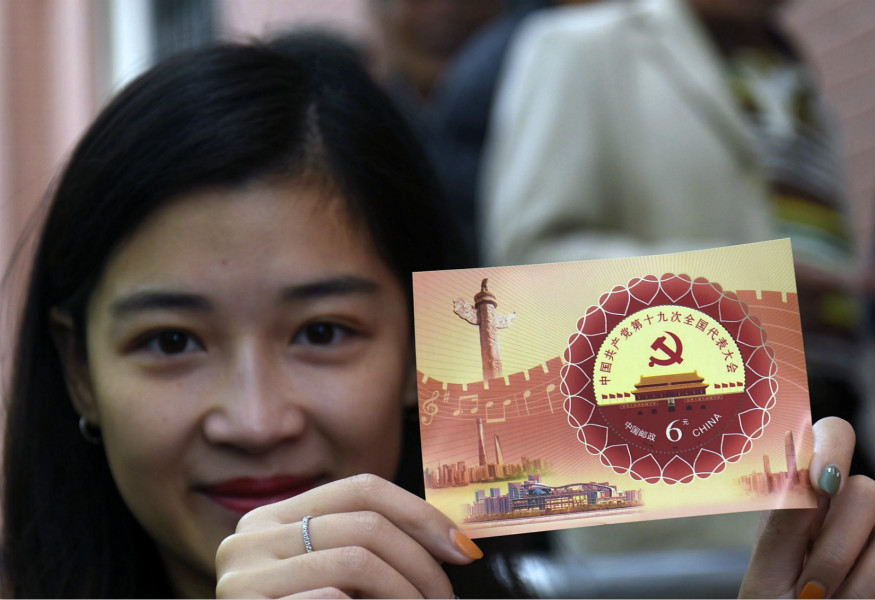 A resident in Hangzhou, East China’s Zhejiang Province, shows the miniature sheet of the stamp set over the weekend.  Photo: VCG 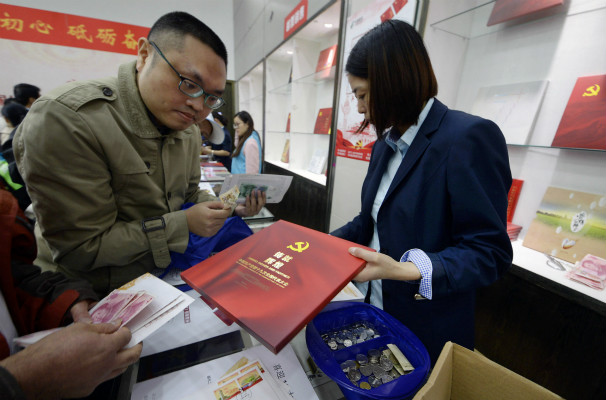 A resident in Hangzhou purchases the commemorative stamp over the weekend. Photo: VCG