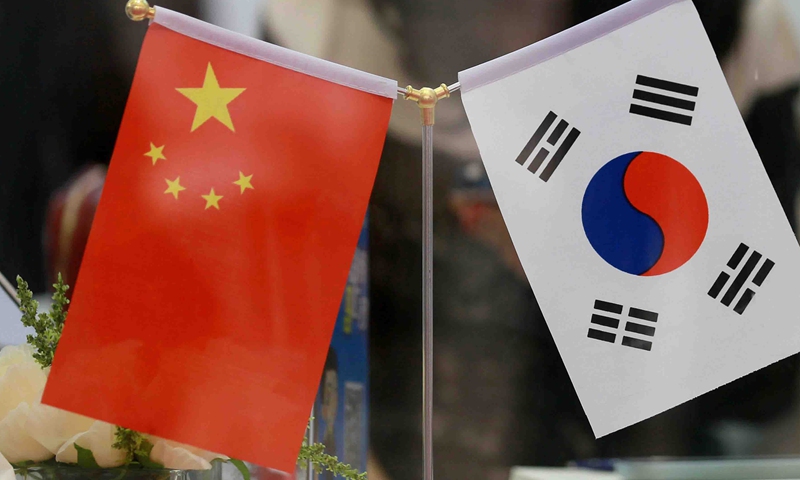 Guided by the consensus of the two countries' heads of state, China-ROK relations have generally developed smoothly, Wang said, adding that as the international and regional situation has changed rapidly recently, it is necessary for China and the ROK, as strategic cooperative partners, to strengthen communication in a timely manner.

Noting that next year marks the 30th anniversary of the establishment of diplomatic ties between China and the ROK, Wang said that the two sides should jointly cherish the hard-won achievements of cooperation and create a sound atmosphere and necessary conditions for the continued and steady development of bilateral relations.

The Indo-Pacific strategy promoted by the United States is full of Cold War mentality and provokes group confrontation, which is not conducive to regional peace and stability, Wang said, stressing that China firmly opposes it.

As friendly neighbors and strategic partners, Wang said that China and the ROK should grasp the rights and wrongs, stick to the correct position, abide by political consensus and never be carried off track.

The two sides should continue to make good use of the joint prevention and control mechanism and the "fast track" to prevent the cross-border spread of COVID-19 and ensure necessary personnel exchanges, Wang said.

The two sides should speed up the second-phase negotiation process of the China-ROK free trade agreement, strengthen cooperation in high-tech and emerging industries, and continuously promote and deepen the high-quality integrated development of the two countries.

Noting that the ROK and China are close neighbors, Chung said that the ROK attaches great importance to developing the ROK-China strategic cooperative partnership, adheres to the one-China principle and fully recognizes the sensitivity of cross-Strait relations.

The ROK stands ready to deepen political mutual trust with China, strengthen bilateral cooperation in various areas and inject more connotation and impetus into the ROK-China relationship, so as to send more positive signals for the 30th anniversary of the establishment of diplomatic ties, Chung said.

Chung also expressed strong desire of the ROK to improve the south-north relations and advance the peace process of the Korean Peninsula, and the hope that China will continue playing a key constructive role in this aspect.

Wang said that China supports the improvement of the south-north relations and has made efforts to ease tensions on the Korean Peninsula.

He called on the United Nations Security Council to invoke the reversible provisions in the Democratic People's Republic of Korea (DPRK)-related resolutions and ease sanctions against people's livelihood in the DPRK.

Wang also urged the United States to take practical actions to specifically carry out the joint statement reached by the U.S. and DPRK leaders at the Singapore meeting.