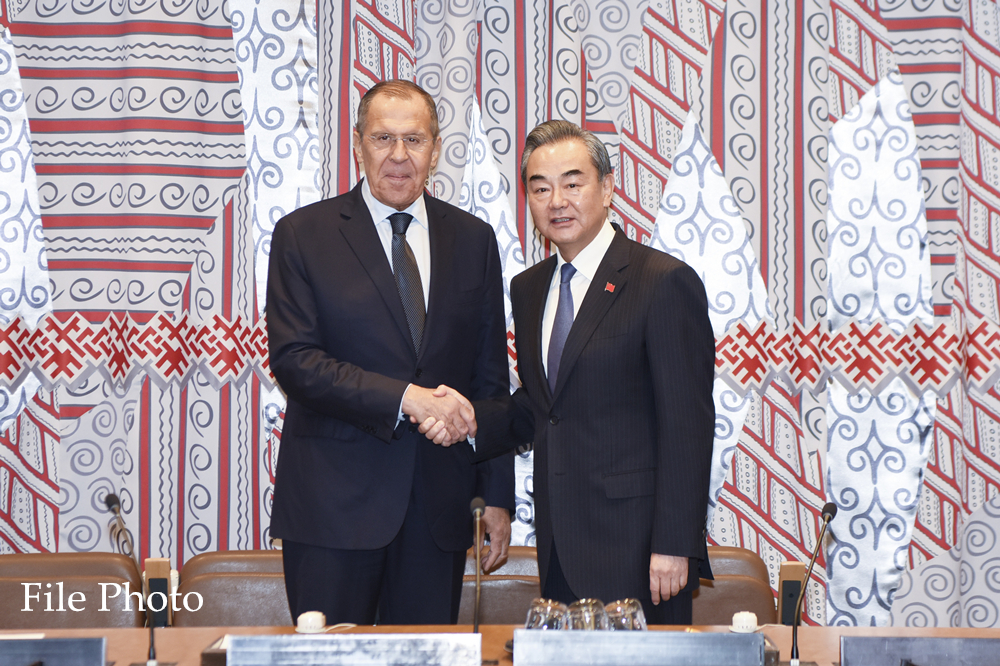 Recapping the year, Wang noted that under the guidance of the heads of state of the two countries, China and Russia have held a series of activities to celebrate the 70th anniversary of the establishment of diplomatic relations, pushing the China-Russia comprehensive strategic partnership of coordination into a new era.

Wang said that mutual trust between the two sides has become increasingly unbreakable and the bilateral relations have become more solid.

As many events related to bilateral ties are scheduled for next year, Wang said the two foreign ministries should coordinate sincerely to prepare for such major events as exchanges between the two heads of state, so as to add more stability and positive energy to a world that is going through changes unseen in a century.

Noting that the United Nations is the most important international platform for China and Russia to carry out strategic coordination and safeguard international fairness and justice, Wang said China is ready to continue close coordination with Russia, support each other and assume the important responsibility of maintaining international peace and stability.

Lavrov, for his part, congratulated Wang on the 20th anniversary of Macao's return to China.

Lavrov said the Russian side highly values the important progress made in Russia-China relations this year, and is willing to work with the Chinese side to strengthen high-level exchanges and deepen strategic coordination under such multilateral frameworks as the UN.

No person or force can provoke the strategic mutual trust between Russia and China, he said.

The two sides also briefed each other on recent important diplomatic activities, and exchanged views and coordinated positions on UN Security Council affairs, the situation on the Korean Peninsula, as well as international and regional strategic stability.