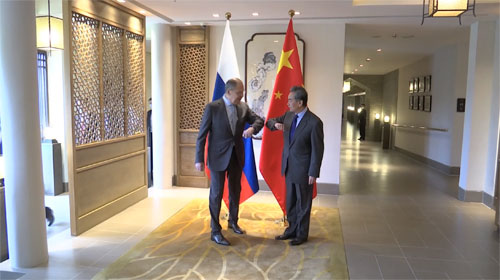 The talks, held in the city of Guilin, south China's Guangxi Zhuang Autonomous Region, were the 51st meeting between Wang and Lavrov. "This shows the high level of China-Russia comprehensive strategic partnership of coordination," Wang said.

No matter how the international situation changes, the comprehensive strategic coordination between the two countries will only strengthen and expand, rather than weaken or shrink, the Chinese foreign minister said.

The two sides agreed that strategic guidance by the two heads of state constitutes the political strength of bilateral ties, and jointly fighting the pandemic has further deepened the traditional friendship between the people of both countries.

They also agreed that pragmatic cooperation has strongly boosted the two countries' economic and social development, and their international coordination has contributed stability and positive energy to the world. 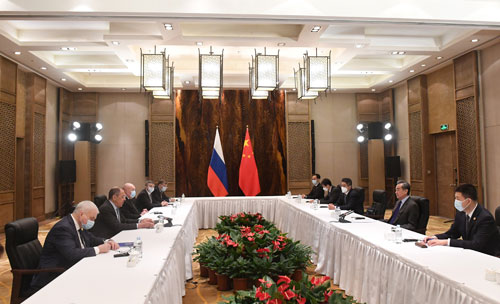 The two foreign ministers signed some bilateral cooperation deals as well as a joint statement on global governance after the talks, calling on the international community to put aside differences, build consensus, strengthen coordination and safeguard world peace and geo-strategic stability.