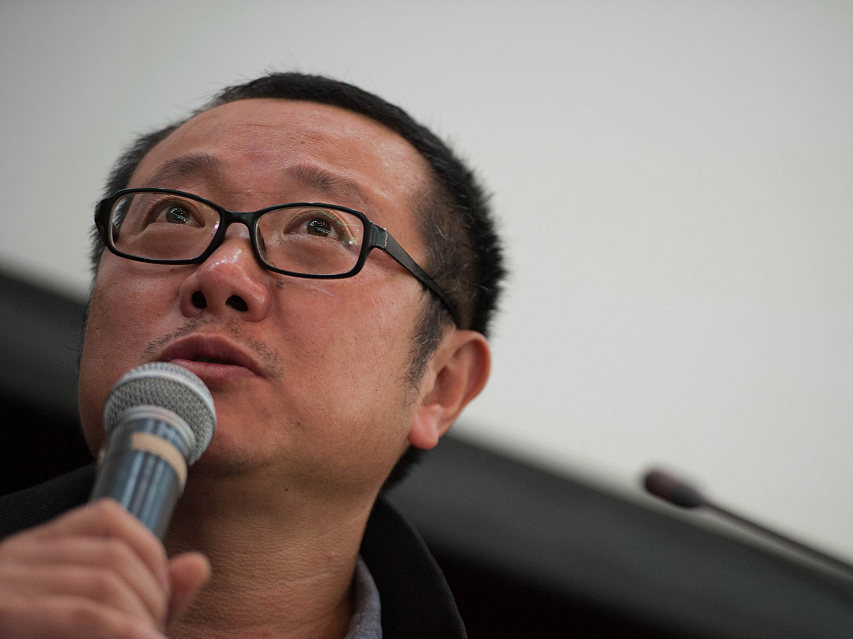 SHANGHAI, Sept. 13 (Xinhua) -- Liu Cixin, author of Chinese sci-fi bestseller "The Three-Body Problem," said the prevalence of science fiction in China helps its younger generation think of themselves as members of society and take a long-term view of humanity's future.

In a dialogue with Sheldon Brown, a visiting professor at the Interactive Media Arts Program of New York University Shanghai on Wednesday, Liu talked about his work and the future of humanity.

NYU Shanghai students from China and overseas filled the 400-seat auditorium, with many more sitting on the stairs and floor.

Liu said his works always see the destiny of humanity as a whole instead of separating people by nationalities or races, which echoes the concept of the sci-fi writing in the United States during its golden age of 1940s to 1950s.

Liu's works have also set off a new wave of sci-fi in China. Instead of categorizing sci-fi novels as children's books, people start thinking about different possibilities of the future.

"Influenced by science fiction, the younger generation in China also sees beyond their own daily life and cares for the destiny of humanity," said Liu.

As AI advances and expands in numerous areas, concerns about robots taking over human jobs and even the planet have emerged. But according to Liu, a rational optimist, it is more important not to set up any forbidden zones in science.

"The biggest risk is hindering the development of science rather than the drastic development of a certain technology," said Liu. "Humanity will have a bright future, but the key lies in choosing wisely."

"I loved the Three-Body trilogy, especially the whole concept of the dark forest, which was really thought-provoking and scary. I've recommended it to some friends and they all seem to like it," said an Australian reader Luke Giles.

"The Three-Body Problem," which made Liu the first Asian writer to win the Hugo Award, has been authorized to be made into a film.

"Science fiction is more suitable to be presented by images rather than words," Liu said movies can help attract more interest in science fiction.