British science journal Nature has ranked a young Chinese scientist among its top-10 people for 2018. 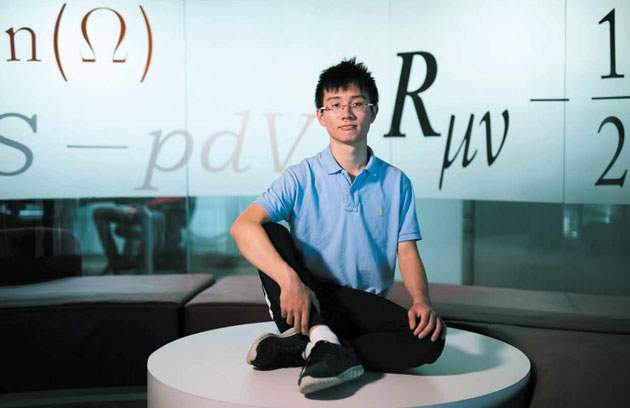 The scientist received the award for his work on how the properties of two-layer graphene stacks change in certain conditions.

Cao Yuan, 22, graduated from the University of Science and Technology of China in Hefei, Anhui province, at the age of 18, and joined Pablo Jarillo-Herrero's group at the Massachusetts Institute of Technology in Cambridge, United States.

Cao has discovered that a rotation between parallel graphene sheets of around 1.1 degrees make the stack an insulator, while the stack is exposed to a small electric field and cooled to 1.7 C above absolute zero.

The twisted sheets became a superconductor, in which electricity flowed without resistance, when a slight tweak was made to the field, according to his discovery.

Nature in March published two papers from Cao and his colleagues on the unusual behaviors of the atom-thick carbon layers. His discovery is considered a major breakthrough that could act as a catalyst for a new field of physics.

He Jiankui, who has been criticized for his work on genetically modified embryos, also features in Nature's list, ranked third. He revealed in November that he used the genome editor CRISPR on two babies in an attempt to create an HIV-resistant human.