WASHINGTON, July 28 (Xinhua) - Chinese virologist Shi Zhengli hit back at speculations that SARS-CoV-2 responsible for the COVID-19 pandemic was leaked from her lab, calling for more science-based cooperation, rather than slander, to find treatments and vaccines. 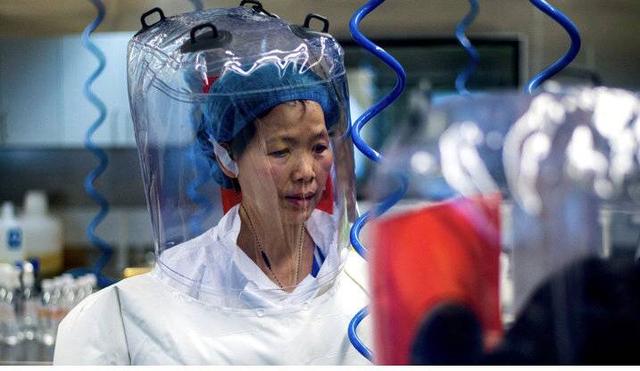 "We have done bat virus surveillance in Hubei Province for many years, but have not found that bats in Wuhan or even the wider Hubei Province carry any coronaviruses that are closely related to SARS-CoV-2," Shi said in a written interview with Science Magazine, one of the top academic journals in the world.

In the report published on July 24, Shi refuted conspiracy theories about the origin of the virus and a laboratory accident at the Wuhan Institute of Virology (WIV). Her statement was supported by other renowned scientists, according to the journal.

The U.S. government "owes us an apology," Shi said in the interview, referring to Washington's promotion of conspiracy theories and politicization of the pandemic.

"Scientists from around the world have overwhelmingly concluded that SARS-CoV-2 originated naturally rather than from any institution," she said, adding that the claim "that SARS-CoV-2 was leaked from our institute totally contradicts the facts. It jeopardizes and affects our academic work and personal life."

Shi first received the clinical samples of SARS-CoV-2 on Dec. 30, 2019, which were called back then samples of "pneumonia with unknown etiology," in China's central province of Wuhan, according to the report.

"Subsequently, we rapidly conducted research in parallel with other domestic institutions, and quickly identified the pathogen," she said.

The complete genome sequence of SARS-CoV-2 was submitted and published via the World Health Organization (WHO) on Jan. 12, as one of the earliest scientific findings at that time about the virus unknown to the whole world.

"Before that, we had never been in contact with or studied this virus, nor did we know of its existence," Shi said.

Bats have been widely considered as the origin of SARS-CoV-2, which could become adapted to humans through intermediate hosts. However, it remains unclear which animals were the hosts and how, when and where the virus spilled over to humans.

"We know from historical experience like HIV that the places where big emerging diseases first break out usually are not their place of origin (where the spillover originally happened)," she said.

"Tracing the origin of a virus is a very challenging scientific task. As for the origin and transmission routes of SARS-CoV-2, it needs a pioneering vision, and the collective efforts of scientists all around the world, and it needs time as well," she said.

In the past 15 years, Shi's team was researching on viruses related to one that caused severe acute respiratory syndrome (SARS), which erupted in 2003 and infected more than 8,000 people worldwide.

On Feb. 3, the team published a paper in Nature, another top scientific journal, and reported that SARS-CoV-2 is 96.2 percent identical at the whole-genome level to a bat coronavirus named RaTG13.

RaTG13, as described in its name that the virus was found in Tongguan town, Mojiang county in China's southwestern Yunnan province in 2013, "has never been isolated or cultured," Shi said.

Moreover, to date, none of residents near the bat cave where RaTG13 was found is infected with coronaviruses. "Thus the claim that the so-called 'patient zero' was living near the mining area and then went to Wuhan is false," she said.

In response to a laboratory accident, Shi said the high-level biosafety laboratories at the WIV have been operated safely and stably and no pathogen leaks or personnel infection accidents have occurred.

Meanwhile, testing results show that all staff and students in the lab have not been infected by either bat SARSr-CoV or SARS-CoV-2, she added.

Her statement was supported by other scientists.

Evolutionary biologist Kristian Andersen of Scripps Research told Science that Shi's answers are "all logical, genuine, and stick to the science as one would have expected from a world-class scientist and one of the leading experts on coronaviruses."

Peter Daszak of the EcoHealth Alliance has worked with Shi for more than 15 years, according to the report. He said "What I really like about Zhengli is that she is frank and honest and that just makes it easier to solve problems."

Suffering from the conspiracy theories, the Chinese virologist does not give up on building global consensus to find treatments and vaccines.

"With the continuing occurrences of emerging infectious diseases all over the world, scientists are beginning to study the viruses carried by wild animals, which is not only the key to having early warnings of the diseases from those origins, but also an important scientific basis for disease prevention," she said.

Unfortunately, such kind of research was disrupted by politics.

The National Institutes of Health, a U.S.-based medical research center, ceased funding to a collaborative project by Shi and Daszak on coronavirus in April, following the White House's allegation of a Chinese laboratory leak, without providing evidence. The decision angered the research community.

The research findings of the project with Daszak provided important clues for the prevention and control of infectious diseases, Shi said. "We don't understand the NIH termination of funding support for our collaborative project and feel it is absolutely absurd."

In the interview, Shi made an emotional appeal to the international community to strengthen cooperation on research into the origins of emerging viruses, as the COVID-19 pandemic has infected over 16 million people.

"I hope scientists around the world can stand together and work together. The purpose of the search for the origin of a virus is to prevent the recurrence of similar outbreaks which will harm human society, and in this way, we can respond more effectively when an outbreak happens," she said.

"I can't make any conclusions before we have solid evidence. Tracing the virus's origins is a scientific question, which ought to be answered by scientists based on solid data and scientific evidence," she said.