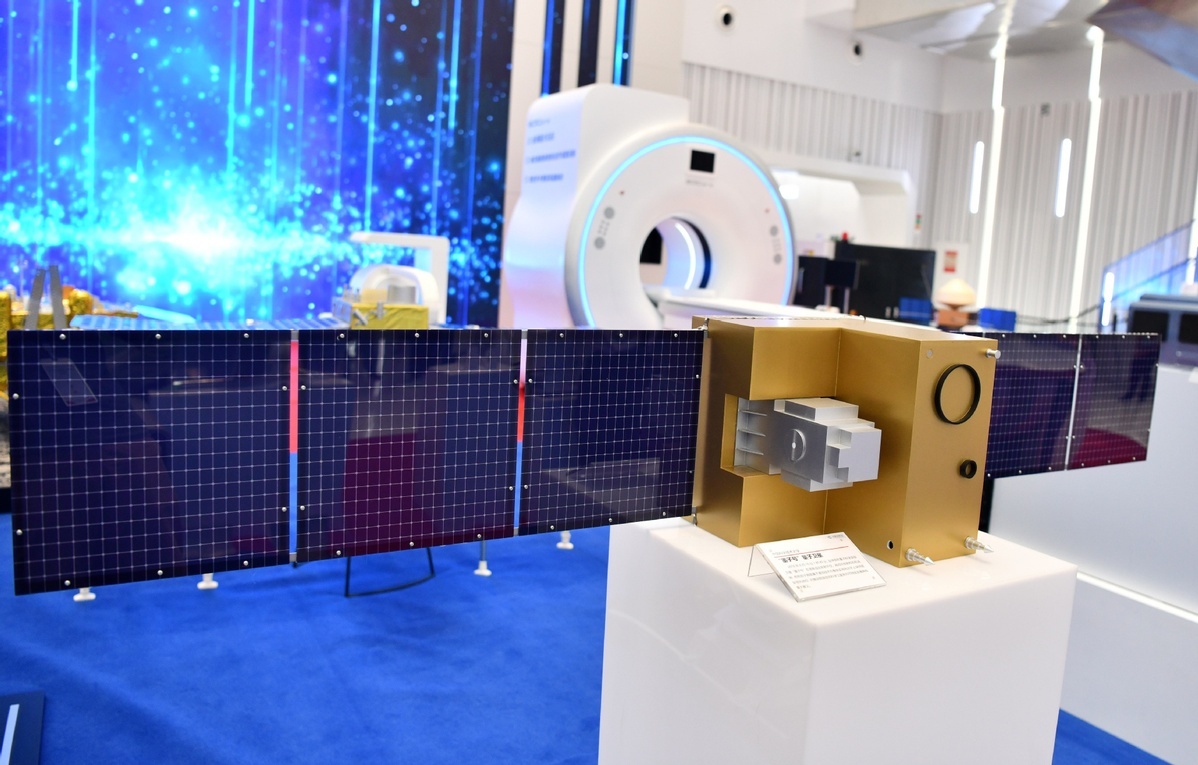 The model of Quantum Experiments at Space Scale developed by Chinese Academy of Science in Anhui is on display at Anhui Innovation Center. [Photo/Xinhua]

The team established a quantum computer prototype, named "Jiuzhang," via which up to 76 photons were detected. The study was published in Science magazine online.

No traditional computer can perform the same task in a reasonable amount of time, and the speedup is unlikely to be overturned by classical algorithmic or hardware improvements, according to the team.

In the study, Gaussian boson sampling (GBS), a classical simulation algorithm, was used to provide a highly efficient way of demonstrating quantum computational speedup in solving some well-defined tasks.

The average detected photon number by the prototype is 43, while up to 76 output photon-clicks were observed.

"Quantum computational advantage is like a threshold," said Lu Chaoyang, professor of the University of Science and Technology of China. "It means that, when a new quantum computer prototype's capacity surpasses that of the strongest traditional computer in handling a particular task, it proves that it will possibly make breakthroughs in multiple other areas."

The breakthrough is the result of 20 years of effort by Pan's team, which conquered several major technological stumbling blocks, including a high-quality photon source.

"For example, it is easy for us to have one sip of water each time, but it is difficult to drink just a water molecule each time," Pan said. "A high-quality photon source needs to 'release' just one photon each time, and each photon needs to be exactly the same, which is quite a challenge."

Compared with conventional computers, Jiuzhang is currently just a "champion in one single area," but its super-computing capacity has application potential in areas such as graph theory, machine learning and quantum chemistry, according to the team.