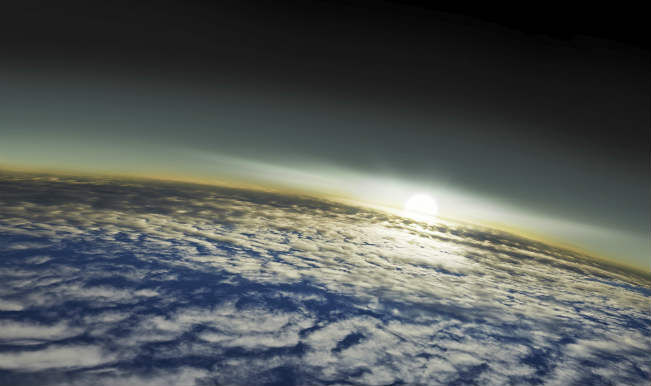 HEFEI, Sept. 27 (Xinhua) -- Chinese scientists have discovered variations in the density of the ozone layer, which they say could greatly impact the global environment, ecology and climate.

Tang Chaoli, along with his team at the Hefei Institutes of Physical Science under the Chinese Academy of Sciences, developed this theory by analysing and scanning atmospheric data collected by satellite observations 4,443,282 times over a period of 15 years starting in 2002.

This data, which shows the impact of variations in ozone density on solar activity, was obtained by the team at different latitudes of the atmosphere.

Tang said that due to this interference with solar activity, the hole in the ozone layer over the Antarctic is now bigger than the hole above the Arctic.

The team of scientists also found that these density variations to the ozone layer, which protects Earth from sun damage, significantly correlate with the growing issues of solar radiation, atomic oxygen density and the changing temperature of the mesopause.

"The new findings can play an important role in helping us study global climate change and building models for the middle and upper atmosphere," said Tang, adding that he still needs more observation data to fully understand how ozone density is linked to solar activity.

Tang's new findings have been published in the latest issue of the Journal of Geophysical Research: Space Physics, a publication under the American Geophysical Union.