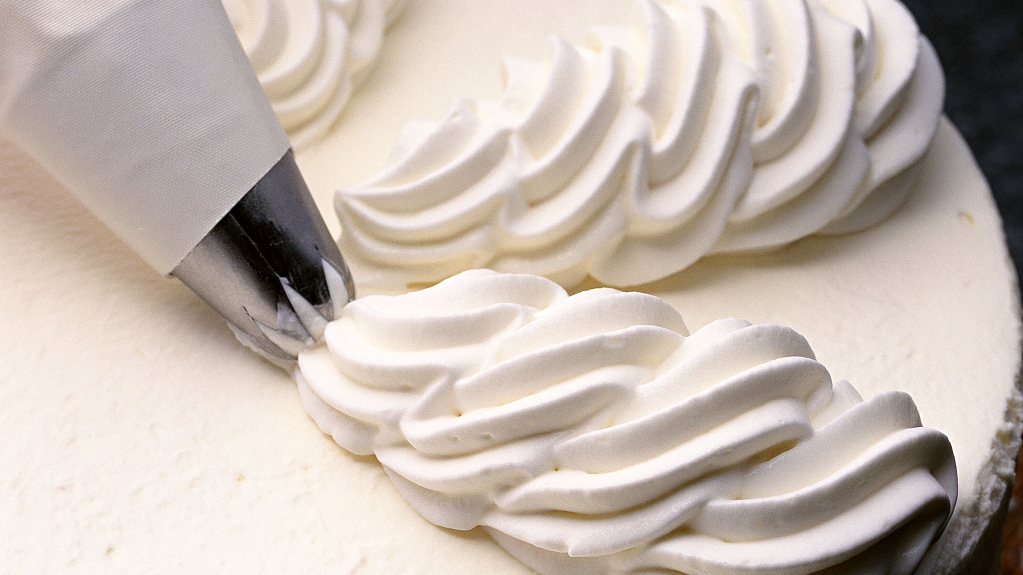 Chinese scientists have developed a substitute for artificial cream that has a similar taste but contains no harmful trans fat, a major culprit in cardiovascular diseases.

Using peanut protein microgel particles as an emulsifier, researchers from the Chinese Academy of Agricultural Sciences (CAAS) developed emulsion with 87 percent fat content – higher than any other existing edible emulsions – suggesting a high resemblance to artificial creams, according to the academy.

The research was published in Angewandte Chemie International Edition, a German science journal, in May. The academy and the University of Hull in the United Kingdom cooperated on the research, it was reported.

"Various substitutes for artificial cream are available on the market, but they have deficiencies such as easily becoming too solid or costing too much to produce, which limits their use," said Wang Qiang, deputy director of the Institute of Food Science and Technology and an author of the research paper.

Researchers managed to get the creamy substance by mixing peanut protein microgel particles with water and vegetable oils, Wang said.

"The new substance has the potential to be a safe, high quality and low-cost substitute for artificial cream," he said.

Artificial cream will face unprecedented challenges with calls from the World Health Organization (WHO) to eliminate trans fats, and finding a substitute with no trans fat is urgent, the academy said.

In May, the WHO called on governments around the world to eliminate trans fats by 2023, considering the harm they do to human health.

Trans fats are widely used in processed food such as biscuits and ice cream as they can improve taste, but they can greatly increase risks of cardiovascular diseases, said Fan Zhihong, a food safety expert at the China Agricultural University.

"There is no safe limit for trans fat," she said. "For people, the less trans fat, the better."

Wang said the new emulsion has great potential as a healthy artificial cream substitute, but more work needs to be done before it can be available on the market.

"At present, it can only be produced in the lab," he said. "More research is needed to refine its processing techniques to prepare for industrial production."