LHASA, July 23 (Xinhua) -- Chinese scientists are working on a survey to measure the depth of a major lake in southwest China's Tibet Autonomous Region, sources with the Chinese Academy of Sciences (CAS) said Tuesday. 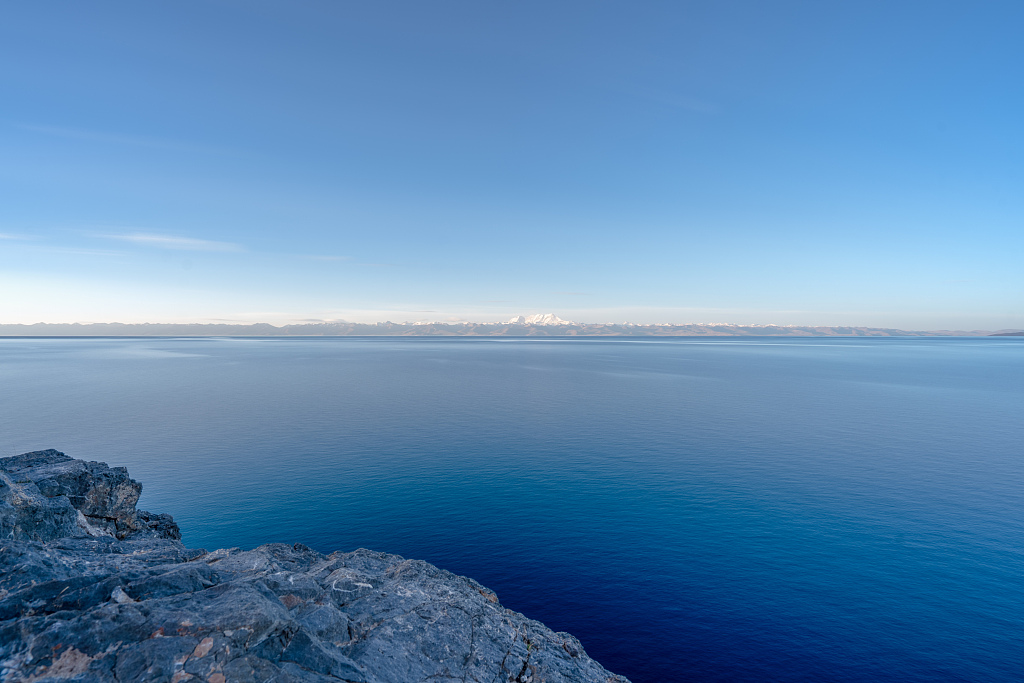 Lake Yamzhog Yumco with an area of about 590 square km is located in Nanggarze County in the city of Shannan. Yamzhog Yumco along with Lake Namtso and Lake Manasarovar are regarded as the three holy lakes of Tibet.

About 70 km away from Lhasa, capital of the region, the lake has become one of the most popular tourist attractions in Tibet.

This is the first time for Chinese scientists to conduct a comprehensive measurement of the depth contours of the lake.

The survey is part of the country's second comprehensive scientific expedition to the Qinghai-Tibet Plateau that began in June 2017. Lasting five to 10 years, the expedition will conduct a series of studies focusing on the plateau's glaciers, biodiversity and ecological changes, and will also monitor changes in the region's climate.

Dubbed "the water tower of Asia," the plateau provides the water supply for many Asian rivers including the Yangtze, Yellow River and Mekong River. As the water resources of the plateau are also vulnerable to the influence of climate change, it is important to find out the water storage of glaciers and lakes and the runoff of rivers.