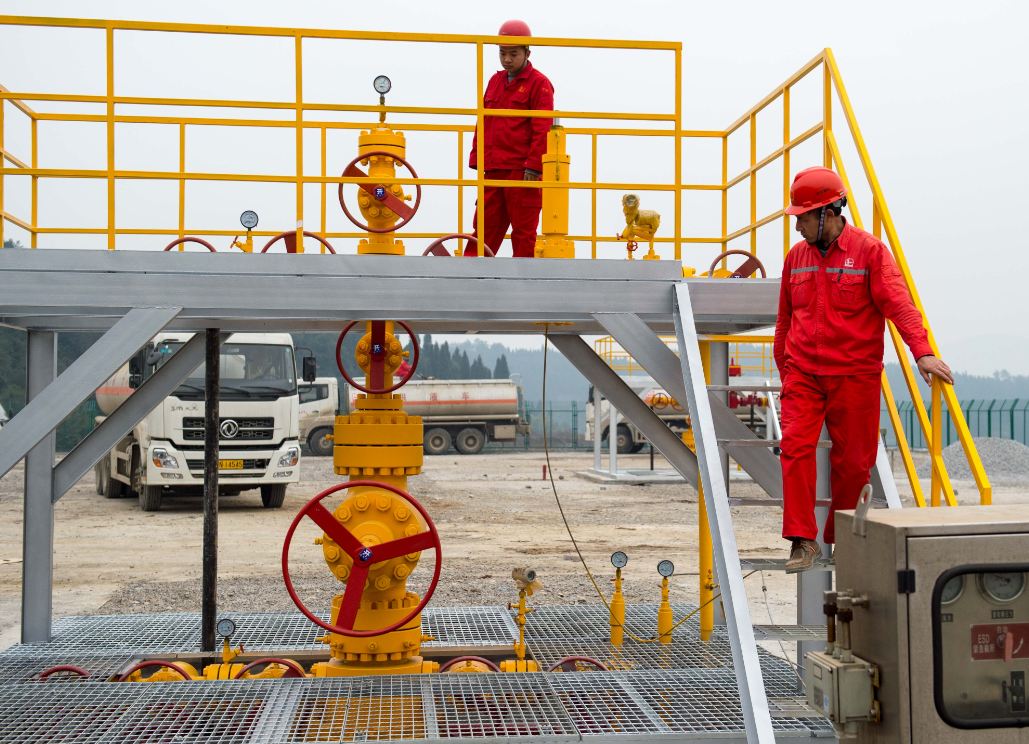 WASHINGTON - Chinese scientists demonstrated in a study that carbon dioxide could be a better fluid used in extracting resources like shale gas within rocks than water.

The study published on Thursday in the journal Joule showed that the replacement technique could pave way for a more effective and eco-friendly form of fracking while storing captured atmospheric carbon dioxide.

Fracking is a technique used to extract resources from the rock by injecting water mixed with sand and chemicals. But about 30 percent to 50 percent of fluid injected remains in the rock formation, consuming a large amount of water and posing potential ecological risks.

Carbon dioxide fracturing can save a hefty water supply, making fracking viable in arid areas and reduce the risk of damage to reservoirs as aqueous solutions often create blockages in the rock formation, according to the study.

Also, it can provide an underground repository for captured carbon dioxide, according to Sun Nannan, an associate research fellow from the Shanghai Advanced Research Institute at the Chinese Academy of Sciences.

Sun's team collected shale outcrops from Chongqing and fractured them with both fluids. They found that carbon dioxide outperformed water, creating complex networks of fractures with significantly higher stimulated volumes.

Carbon dioxide has higher mobility than water, so the injection pressure can be better delivered into the natural porosity of the formation, according to Sun.

But the researchers admitted that the cost of carbon dioxide captured from emissions is still too expensive to make it an industry-wide fracking fluid replacement. Also, the carbon dioxide's viscosity is not enough to transport sand into the fractures in order to prop open the fractures.

The researchers are planning to conduct further investigations to make the technology practical.