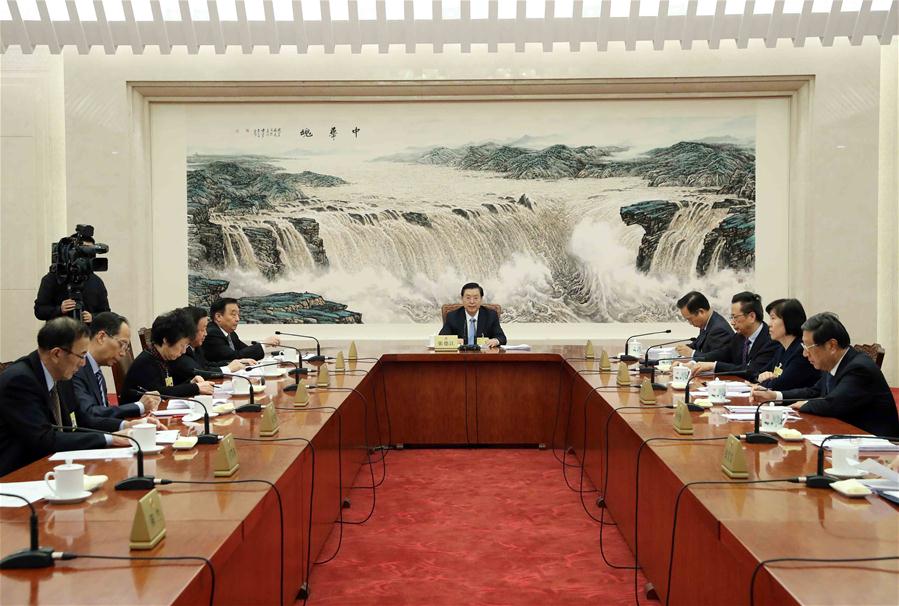 The Standing Committee of the National People's Congress (NPC) held a plenary session Saturday to hear reports by several central authorities.
The legislators reviewed the report on rectification of problems found during the audit of the implementation of the 2016 central budget and other fiscal matters, which was delivered by Hu Zejun, head of the National Audit Office.

According to the report, 8,123 people involved in fiscal violations were punished, among them 970 for inappropriate use of poverty relief funds and 1,363 for irregularities in the use of affordable housing funds.

The session was attended by Zhang Dejiang, chairman of the NPC Standing Committee.

Legislators also reviewed reports on the allocation and use of fiscal funds for education, cultural heritage protection, and the trial use of plea bargaining in criminal cases in certain areas.