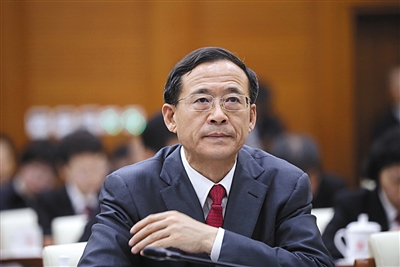 Liu Shiyu, the deputy party secretary of the All-China Federation of Supply and Marketing Cooperatives, turned himself in and is cooperating with investigators from the Central Commission for Discipline Inspection (CCDI).

A statement from CCDI released Sunday night said Liu was placed under investigation on suspicion of “violations of laws and discipline."

Liu is also the former head of the China Securities Regulatory Commission (CSCR) where he served between February 2016 and January 2019.